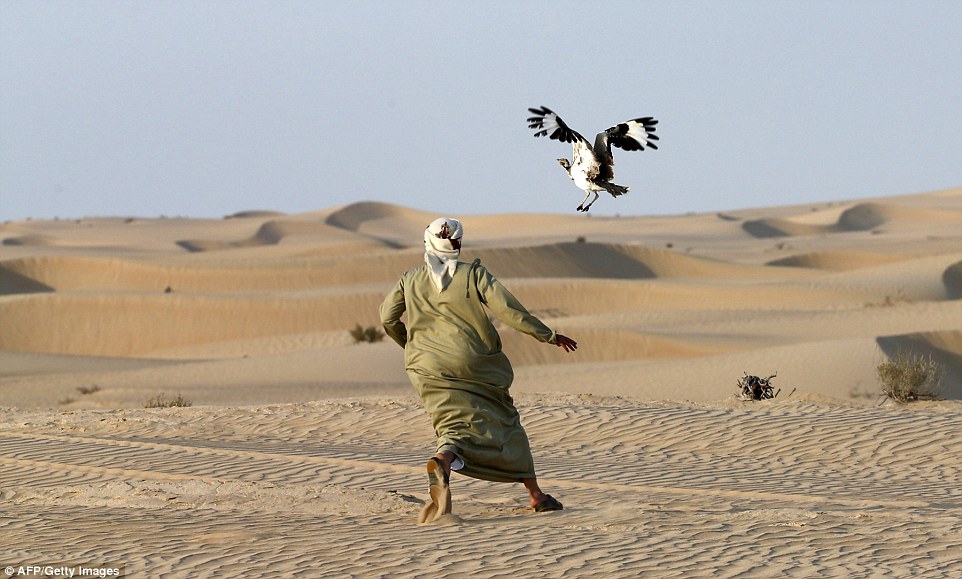 A man chases after his hunting falcon which has caught and dragged down a houbara bustard over the desert.

In late May 2022 , the Wildlife Department Rawalpindi Division arrested 12 men in different parts of the city for selling sanda oil, illegal black partridges and other unlicensed wild animals and birds.

They recovered 13 sanda or spiny-tailed lizards, five black partridges, and wild parrots from their possessions, and registered cases against them. The special magistrate wildlife fined the accused Rs 115,000.

The wildlife team raided Raja Bazaar, Fawara Chowk and City Saddar Road as the accused were extracting and selling live sanda oil on the sidewalks. The wildlife team has arrested four accused and seized all sandas, oil material, and extracted oil. The accused attempted to run during the raid, but they all were arrested.

The special magistrate has also warned the accused that if they continue to do their illegal business, they would be sent back to prison and would face severe punishment and a fine will also be imposed on them.