Pet owners, retailers, veterinarians and importers on May 21, 22 staged a protest in Karachi against the ban on import of pet food, and asked the Chief Justice of Pakistan to take notice of the situation.

The protesters gathered outside the animal care center located in the DHA neighborhood, holding placards inscribed with slogans against the ban.

The protesters said a total of 500 types of pet food worth $1 million are imported every year. It doesn’t lay any burden on the foreign reserves. They argued that the imported food comprises medicated ones too and banning them wouldn’t only put the animals at risk but deprive some 1,000 sellers of their livelihoods.

To a question, they said that there were some companies making local products but that they were not up to the mark or inexpensive than the imported items. Using substandard food causes the animals to fall sick with digestive and other issues. 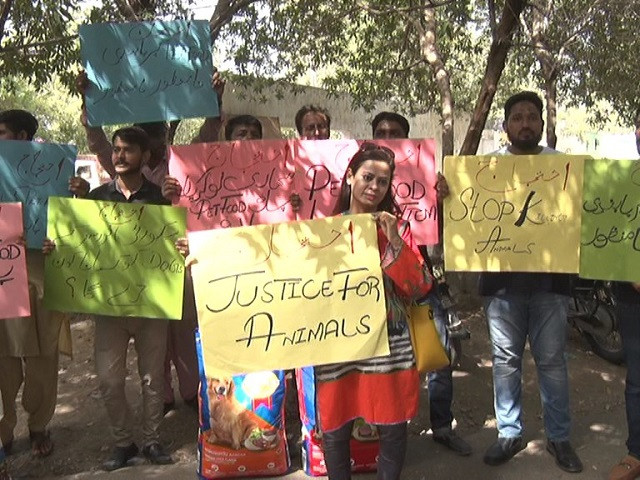 Sharing his views on the occasion, Muhammad Ali, an importer, said that there was a 10 per cent duty on the import of the food.

“The government should first set up an industry that can prepare pet food and then move to place the ban,” he urged.

Owner of a pet, Samar Ghulam Ali confirmed that use of locally made items caused animals to fall sick. “It is imperative to lift the ban forthwith,” she maintained. 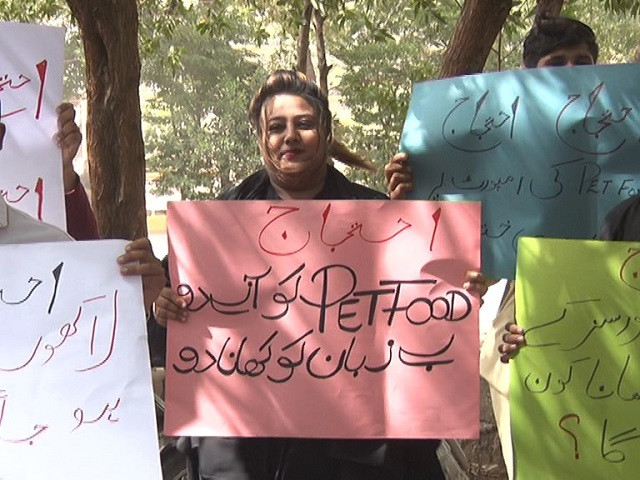 The protesters claim that there is no alternative to the pet food, nor they can be classified as luxury items.

Reacting to the protests, the federal government revoked the import ban on certain items including pet food and energy savers, the Ministry of Commerce said on May 28.

A notification issued by the ministry announced the lifting of restrictions on the import of a few items and clarified that the ban was not applicable on commodities ordered before May to address the concerns of the citizenry and certain anomalies out of implementation of the SRO 598(1)2022 — dated May 19.

It added that the restriction “shall not apply on the import of goods for which an Airway Bill has been issued prior to the issuance of the said SRO.