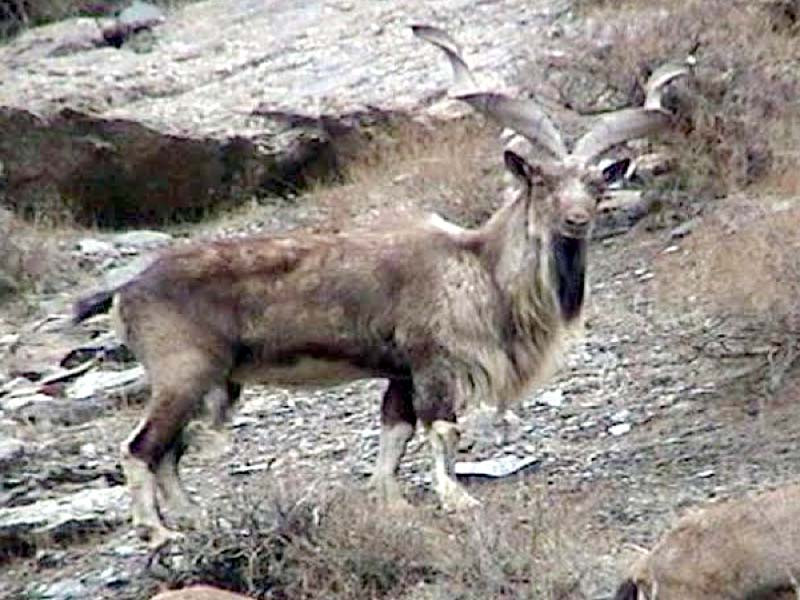 A team of wildlife department in Feb 2022 foiled an attempt by local poachers to hunt down rare Markhor animals in far-flung mountainous parts of Chitral.

“We had received information that two local poachers are going to hunt Markhors in the mountains on which a team was sent and both of them were arrested. Hunting rifles and other gear have been recovered from their possession,” said an official of the Chitral Wildlife division . He said that both of them had been fined and an FIR has been registered against them under the Wildlife Act.

The administration of Chitral Gol National Park has been criticised by local residents for its failure to check poaching as a result Markhor number has reportedly dropped considerably in the reserve.

The park is easily accessible and surrounded by villages making it easier for people to access it. The watchers have not been paid for months too in the reserve.