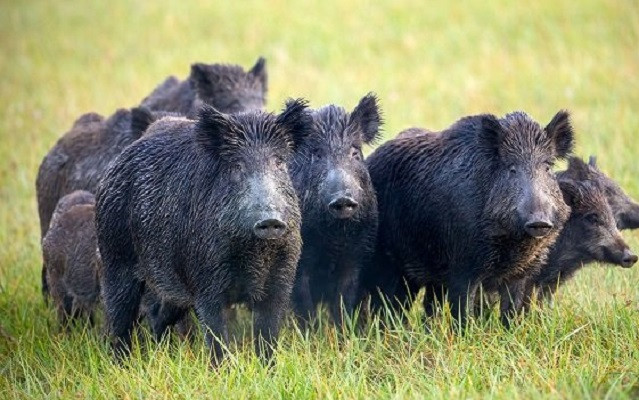 In April 2022, in the villages of Banda Peer Khan, Kareem Abad, Maira Batang, Kaloor, Chuntry, Tarhanna, Boji, and Mary Pattyan the standing wheat crops have been destroyed by the wild boars that were coming in flocks and attacking the crop.

The farmers said that the flocks of wild boars have eaten a small portion of the Wheatfield but usually they destroyed and damaged the crop by crushing it. They added that during the last couple of years the number of wild boars has increased and they are destroying the standing crops.

“Our hardship of six months has been wasted by the wild boar’s attack and we are suffering millions of rupees losses as this year a bumper crop of wheat was expected due to timely rainfall in the region.”

This year the situation is repeated in the region during the wheat crop season. Plain areas of the Hazara division were affected by the wild boars two decades ago when a large number entered in districts Haripur and Abbottabad, from last more than five years hilly areas of Abbottabad, particularly in Galiyat wild boars were seen despite freezing temperatures which is unprecedented.

Wild pigs have been appearing in Galiyat which was a surprise for the locals and the wildlife department.

The environmental changes forced the pigs to move to the hilly areas of Galiyat which is not only devastating for the environment but also for the forests.