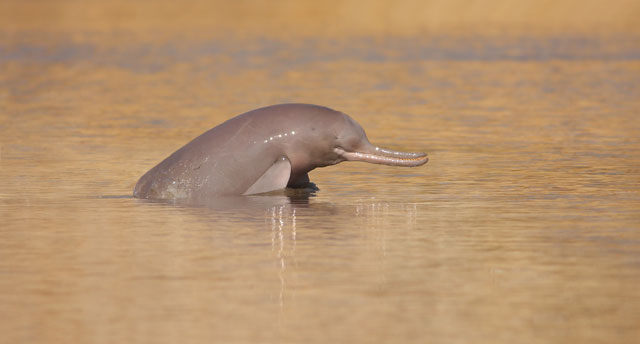 Four dolphins and two catfish were imported from Russia and Ukraine in 2019, through a Karachi based company, to offer public entertainment in Lahore. The mammals were to be trained to jump, sing, paint and perform a host of tricks for a local audience, but the management could not run the show owing to the pandemic, and it was eventually called off.

Following the closure of the controversial dolphin show, the surviving catfish were shipped back to Ukraine a few days ago. However, the main attraction, the four dolphins, died in Feb 2022; hinting at a probable act of gross negligence and animal cruelty but no probe has been launched into the matter so far. The show organisers claim that they had placed the marine mammal under the care of a foreign veterinary doctor and were responsible for providing a daily diet worth Rs 20,000 and other necessities.

The import permit for the marine mammals and catfish was issued by the Punjab Wildlife Department. However, at that time, various organisations working for animal rights had also severely objected to the use of wild animals for public entertainment, deeming the practice to be an act of cruelty.

It is significant to note here that Pakistan is among the signatories of the Convention on International Trade in Endangered Species (CITES), under which the government is obliged to ensure that no animal or bird is captured or imported from wild habitats in Pakistan. The international pact also bounds its members to ensure that any imported animal or bird is kept in an environment closest to its natural habitat.

Lahore District Wildlife Officer (DWO) Tanveer Ahmad Janjua said that the provincial wildlife department is responsible for monitoring sources and channels from which wild animals and birds are brought to Punjab from other provinces or countries. The wildlife authority also ensures the whereabouts of the animals and their importers. “In the current case, the imported dolphins and fish met the legal requirements.

These animals were the private property of the importers, and as such, the department cannot inquire into their deaths. However, if a person illegally catches and hunts an animal from the wild, action is taken by the authority according to the law,” he asserted.

A member of the World Wide Fund For Nature (WWF) and a wildlife biologist, Dr Uzma Khan is among the strongest objectors of the import of wild animals for recreational purposes. She maintains that the practice is discouraged around the developed world, and should not be allowed in Pakistan either.

“Many countries, including India, France, and Canada, have banned depriving the dolphins of their natural habitat. Keeping dolphins in captivity and playing with them reduces the natural lifespan of the animal by half, affects their fertility, and may also make them lose their mind, as they are highly social mammals that are built to swim thousands of miles and communicate by sonar, which doesn’t work well in the small aquariums they are kept in,” she told. Adding to Dr Uzma’s information, the University of Veterinary and Animal Sciences Department of Fisheries and Aquaculture Chairperson, Dr Muhammad Hafeez-ur-Rehman, said that dolphins need specific levels of water, temperature, and food to survive. “The salinity of seawater is several thousand times higher than that of ordinary water.

Lack of salinity, poor temperature, and food in the pond may lead to early death for dolphins, in addition to making them vulnerable to cross infections and diseases,” he told The Express Tribune, offering an explanation for the dolphins’ death