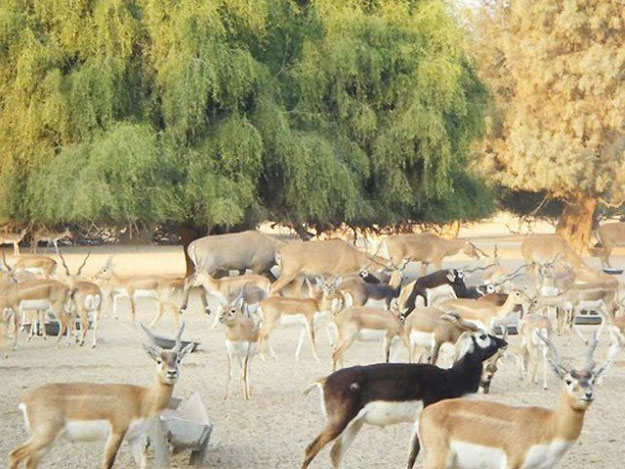 The governmental departments have ignored the impact rampant shifts in the climate will have on the country’s wildlife.

Extinctions are becoming normal and where once used to be natural habitats have made way for development projects. Even if the population of some wild animals in controlled environments is increasing, their breeding has seen a steep decline.

Climate change is having a devastating effect not only on humans but also on wildlife. Their breeding seasons and habitats are changing while many species of birds have become extinct. The breeding season of animals and birds kept in zoos is also changing. Natural pastures are depleting which has led to many species of animals, birds, and moths becoming extinct.

For instance, butterflies used to be common but they are rarely seen now,” said Ashiq Ahmad Ali, a wildlife expert. Ali, talking about the recent flooding in the northern areas, said that glaciers melting had its consequences for humans but it would severely impact wildlife as well which we promptly ignore. “Our natural wetlands, which are less than 5%, now have artificial barrages, dams, and lakes.”

This deters migratory birds from coming to Pakistan. The arrival and departure time of migratory birds in the country is decreasing by 10 to 15 days every year and their routes are also changing.” Ali’s observations are backed by BirdLife International, which is a global partnership of NGOs working to conserve birds’ habitats, who have stated that more than 40% of the world’s migratory bird species have become extinct. Presently, more than 90% of birds – including Houbara, Geese, Ducks – are vulnerable to human activities and lack coordinated survival efforts for them.

Breeding in controlled environments is not going to plan either. “Despite us preparing the animals’ food and habit according to the season, breeding has begun prematurely for muffled sheep and hog deer,” lamented Dr Madiha Ashraf, a veterinary officer at the Lahore Zoo. Dr Ashraf said that even birds like the Chakor have started laying eggs prematurely in March instead of their usual time of April due to the excessive heat.

However, Badar Munir, another wildlife expert, believes that not everything can be blamed on climate change. “One of the major reasons for the failure to protect wildlife from climate change is the poor performance of relevant departments. Administrative positions are filled by people who have no interest in wildlife or forests or have no knowledge of it.

Sometimes when an officer makes a policy, he is transferred before it can be implemented.” Munir, who also used to be a game warden, said that as things stand the only viable solutions are “plant more trees, stop deforestation, and control the growing urban population.”