Two leopard cats were recovered from Karachi’s birds market located in Empress Market, and a man was arrested during the raid on Feb 3, 2022. The Sindh Wildlife Department (SWD) through animal rights activists was informed that someone was selling the leopards. 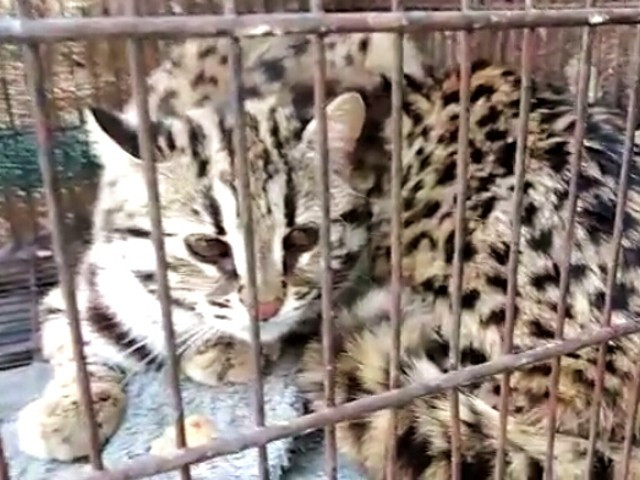 “The man was arrested and the property [cats] have been confiscated,” Inspector Muhammad Naeem Khan said. The operation to recover the cats was not so easy, he added. “The cats were kept in an empty room.”

The SWD officials have no idea how the cats were transported to the city from northern areas of the country.

“It is being probed from where and how these leopards were transported to the city,” SWD provincial head Javed Ahmed Mahar said. 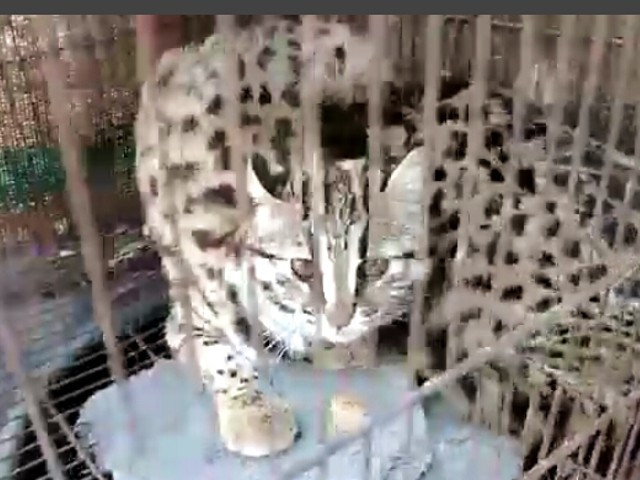 Both the leopard cats will be handed over to the Islamabad Wildlife Management Board for rehabilitation and safe release in the wild.

Mahar confirmed that all the official formalities have been completed. “We cannot keep these cats anywhere in Sindh,” he added. Margala Hills, he added, is leopards’ natural habitat.

The official also said that the trade of wildlife is illegal, adding that his department is strictly monitoring such trades. “We are thankful to those wildlife lovers who immediately approached us for illegal wildlife activities.” He was of the view that social media has helped the wild department to trace the poachers and traders.

Activist and environmentalist Afia Salam, appreciating the efforts said in her tweet: “Thank you SWD for always coming forward on such calls for help from the civil society. An excellent example of collaboration. Hope these babies find their home.”

The chairperson of Islamabad Wildlife Management Board, said that recently rescued beautiful leopard cats will soon be sent to the rehabilitation centre in Islamabad. “If possible after rehab, we will release them into the wild. They are native to Margalla hills.”