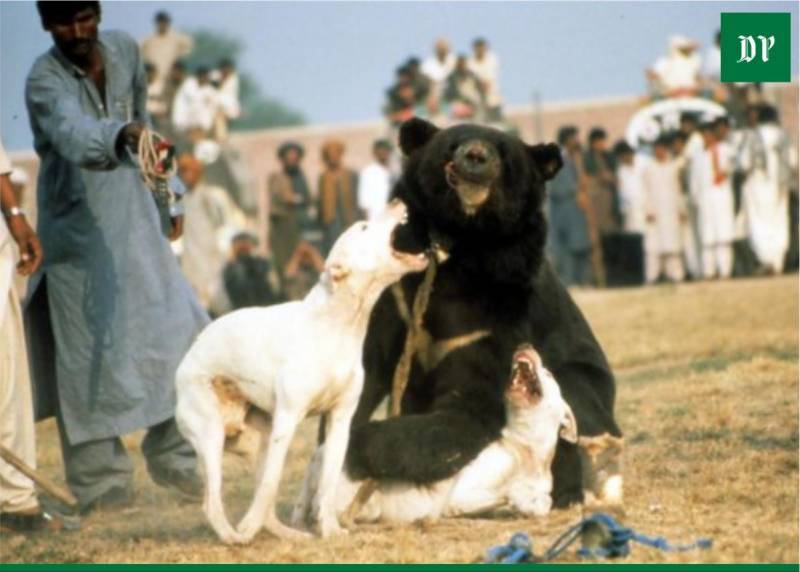 The prevalence of animal baiting and the horrible torture that animals suffer have finally compelled the Punjab wildlife department to ban the fierce practice mostly done for entertainment.

In a October 6, 2021 letter, the deputy director of the Wildlife department Lahore directed to stop the use of wild animals in baiting with dogs.

The practice of animal baiting is not only illegal under ‘Punjab Wildlife Act’ and ‘the prevention to cruelty to animals Act’ but is unethical as well, the letter said. It also mentioned that the competent authorities have shown grave concern over the reports received from different quarters. 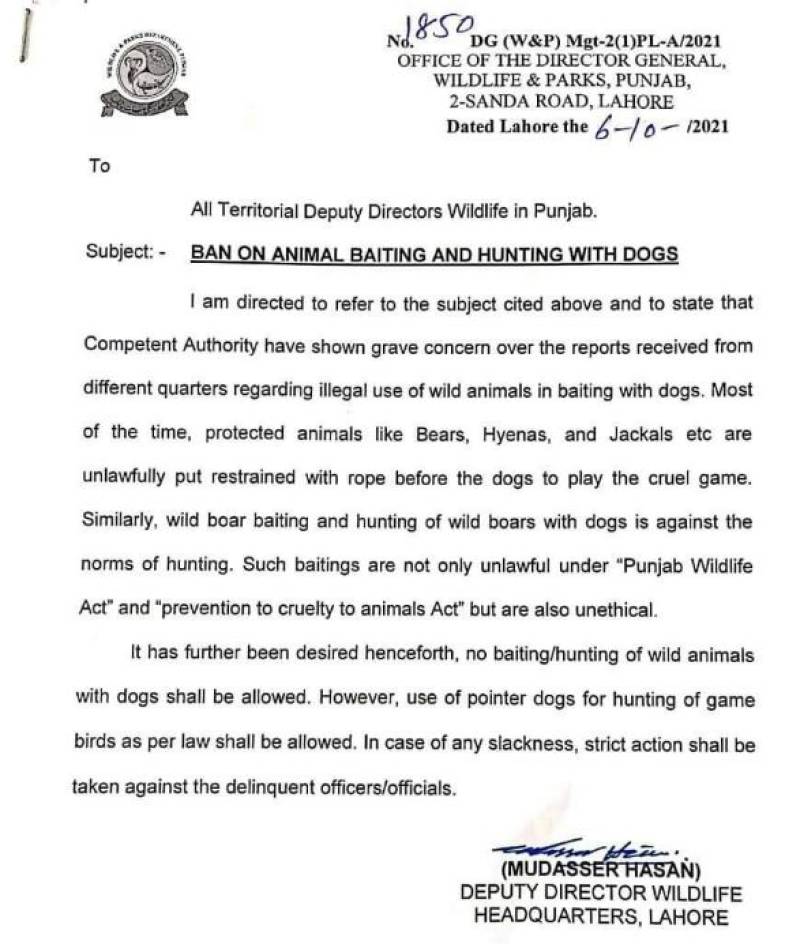 It further said that protected animals like bears, hyenas, and jackals are mostly restrained with rope before the deadly canines play the cruel game.

The notification of Punjab Wildlife and Parks Department declared wild boar baiting and hunting of wild boars with dogs against the ‘norms of hunting’. However, the hunting of birds with pointer dogs is allowed but that should be as per the law, it said.

The infamous bear-baiting was restricted in 1980 by the Prevention of Cruelty to Animals Act, but the brutal practice is still common especially in the rural and tribal areas. People involved in the inhumane act are influential ones. The bear belongs to a poor person who got paid for it, while the hunting dogs belong to the rich.