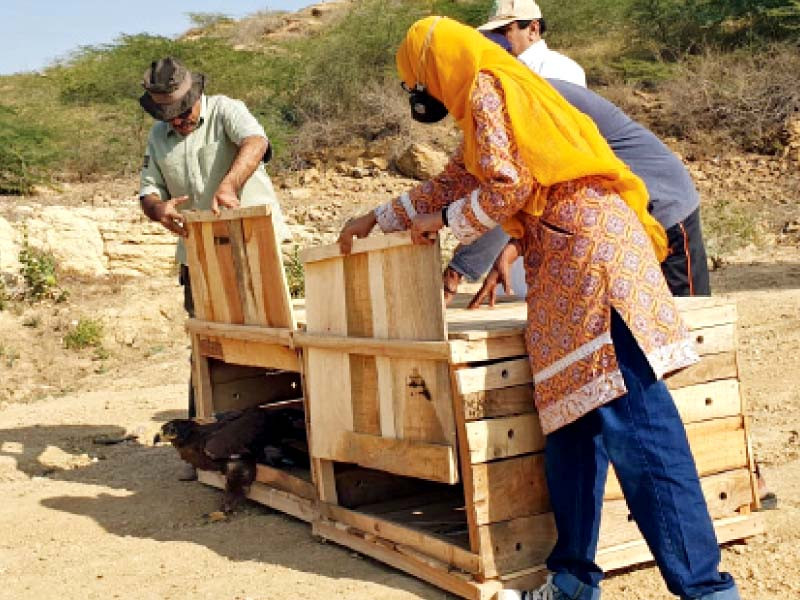 Two steppe eagles have been released in the outskirts of Karachi in Nov 2021 with GPS trackers to trace their movements for the study and research of the eagles in the region.

This is the first time in Pakistan that trackers have been put with any birds. “This will be an informative experience for us,” commented Sindh Wildlife Department’s Conservator Javed Ahmed Mahar.

Both the steppe eagles were recovered from a poacher in July during a raid in the city. They were sick, weak and injured. After rehabilitation, the SWD officials decided to name them and release them in the wilderness with trackers.

The Raptor Centre for Conservation, a non-governmental organization, helped SWD officials with placing trackers on the back of the birds.

Both the birds were released on Sunday at 2pm in the outskirts of the city. 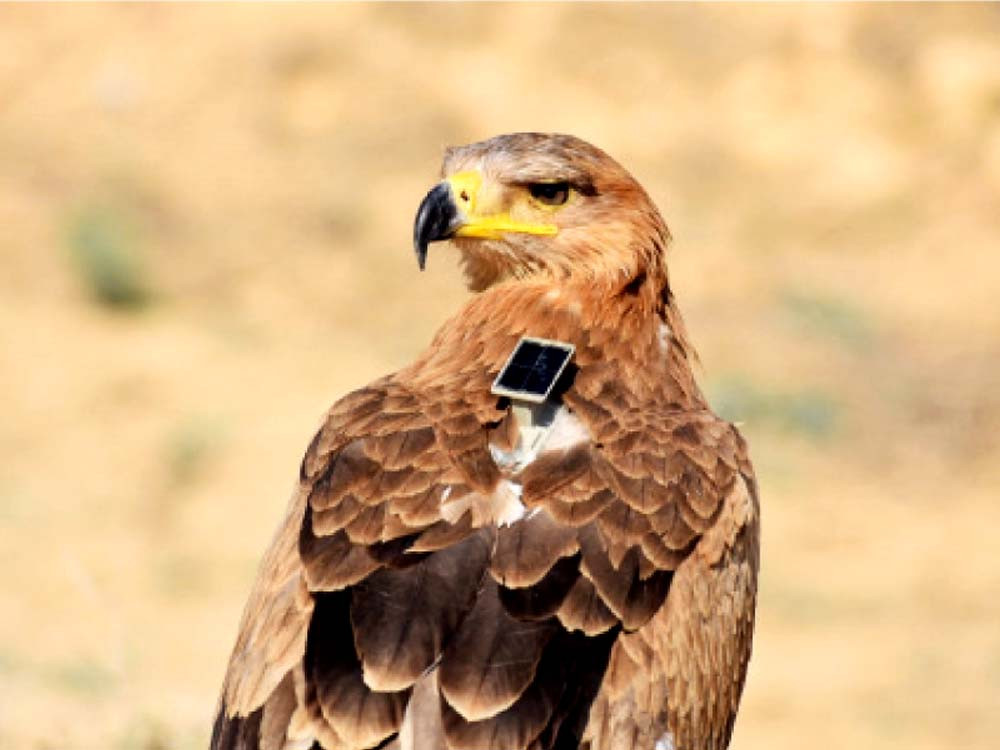 On the first day, Sadhori travelled 36 km distance. “She was very active,” Mahar said. He said that the male’s travel was just 12 km. “But both were healthy and successfully travelling in the wilderness,” he added.

The total weight of each tracker is only a few grammes. Mahar said that trackers are water proof and charged with solar. “We will continuously monitor them,” he explained. He said that the travel history will help his department and other researchers in Pakistan to write and know more details about these special birds.

“This is first time in Pakistan,” Mahar said. “But not first time in the world,” he added. “Everywhere these kinds of research are being conducted,” he said.

Interestingly, on the first day, it was also monitored that the female steppe eagle visited a water body, stayed there for some time and travelled to another destination.

SWD officials say that steppe eagles like other migratory birds arrive in Pakistan especially in Sindh in October and stay here for a few minutes.