Expert says evidence of fungal, bacterial infections has been found in diseased fish 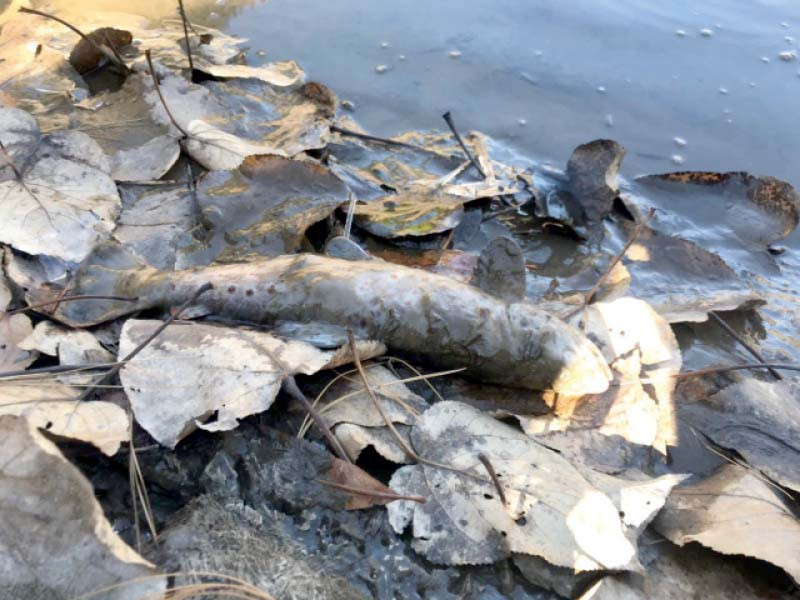 It is feared that if no concrete measures are taken, it may result in the eventual extinction of trout from River Kunhar.

River Kunhar, a former pristine freshwater body and home to the famed trout fish, is fast losing its value as an ideal abode for cold-water dwelling fish due to increasing plastic pollution.

The pollution is also adversely affecting the health of trout, with the fish suffering from a fungal disease and hundreds of them dying daily.

It is feared that if no measures are taken to put a stop to the hazardous pollution, it may cause the eventual extinction of trout from the waters of River Kunhar.

Tourists visiting Kaghan Valley every year are considered the major culprits behind the current state of the river, as most of them are seen dumping tonnes of trash indiscriminately in Kunhar and unwittingly causing an exponential rise in plastic waste in the waters.

An awareness campaign has been organised to eradicate plastic pollution from River Kunhar on the guidelines of the Race for Oceans Foundation, of which Pakistan is a member.

A few months back, businessmen owning trout fish farms had reported heavy losses because of a similar disease infecting the fish. Now, the trout in River Kunhar itself are victims of the malady, with recent reports emerging about the unnatural death of hundreds of these species.

Kaghan Development Authority (KDA) Chairman Dr Aimal Zaman said that as soon as they started receiving reports about the occurrence, a special team from the Punjab Department of Fisheries was called to Naran.

The team under Punjab fishery director Dr Zahid Sharif Chaudhary examined both sick and dead specimen of trout and have issued instructions about their treatment.

“Evidence of fungal and bacterial infections has been found in the diseased fish, for which treatment has already begun,” said Dr Zahid. “The fish have started to recover, and we hope that in a few days, we will be able to bring this disease under control.”

Meanwhile, Punjab Fisheries Deputy Director and a principle chemist from Lahore, both well-versed in more than hundreds of diseases in fish, have endorsed Dr Zahid’s statement. They said that timely action by the KDA chairman has managed to prevent a bigger scale of destruction, and that the fish are responding well to their treatment.

They termed the disease a common one, and assured The Express Tribune that the situation is not an alarming one.