The Sindh High Court on a petition regarding the plight of four elephants kept in the zoo and safari park directed the managements to contact the German veterinary doctor and furnish a progress report. 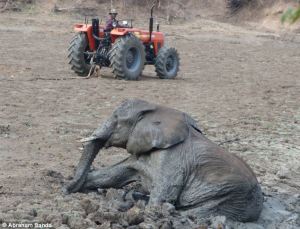 regarding the plight of four elephants kept in the zoo and safari park.

Justice Rajput inquired whether the doctor had come from Germany for examination. The KMC’s counsel stated that the German doctor was in touch and a meeting with KMC officers was to take place.

Justice Rajput remarked: “Why German doctor has not come so far?” The petitioner’s counsel stated that the matter has been put on hold due to the KMC.

“It seems that your officers are reluctant to do so,” Justice Alam told the KMC’s counsel. The KMC’s counsel argued that the matter was raised on the social media and, in fact, all elephants were doing fine.

Justice Muhammad Alam in his remarks to the KMC’s counsel said that this answer should be given by the KMC officers and not by you.

“Tell the KMC officers to contact the German doctor,” the court remarked.

The court directed that progress be made into the matter by Monday and the court be informed and adjourned the hearing until November 15.