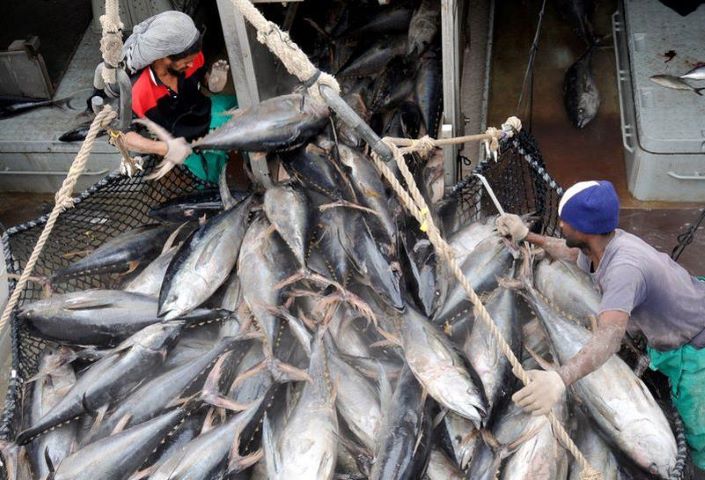 Some species of fish in the Punjab are nearing extinction due to water scarcity.

A total of 118 species of fish are found in the rivers, lakes, headworks. and water bodies of the Punjab and as per sources 7 species, including the Mahashir, of fish are in danger of extinction in Punjab. Along with scarcity, polluted water is another major threat to aquatic life. The Sutlej, Ravi, and Chenab rivers have almost dried up due to the blockage of water by neighboring India and the small amount of water that comes in includes sewage and toxic chemicals from factories from the local population.

Dr Khalid Mahmood, an aquatic ecologist, stated that when water in rivers, lakes, and natural reservoirs contains toxic elements, the amount of nitrogen and phosphorus in the water increases, and oxygen depletes, which causes aquatic life to begin to die. “Fish, plants, and vegetables that grow in contaminated water all carry the toxic chemicals and become harmful to human health,” he said.

The water from the factory area in Lahore drains into the Hadiyara Drain and then through it into the Ravi River. Despite the ban on the discharge of toxic water directly into rivers, there are very few factories that have installed water treatment plants, resulting in the city’s sewage water entering the Ravi without treatment, which has turned the river into a sewer.

Mahmood reflecting on the condition of Ravi said that apart from substances that contaminate water, plastic objects that float on the water’s surface prevent sunlight from entering the water further endangering aquatic life.

Another aquatic life expert, informed that due to the threat of extinction the fish available in different rivers at present are not natural but baby fish placed there by the provincial fisheries department.

Taking notice of the challenges to fish production, Punjab Fisheries has started plans to set up fish farms on barren and uncultivated lands including 10 fish farms being set up in Okara and Fazilka. Dr Sikandar Hayat, Director General of the Punjab Fisheries, said that a fish complex would be set up in the Bhasin area which would produce baby tilapia and prawns. Shedding light on the department’s plans he informed that more than Rs 1474 million was being spent on Cage Fish Culture Project and that cage fish farming would be subsidized to those interested in fisheries. “We will provide training to fish farmers in the province so that they can increase their efficiency,” Hayat told The Express Tribune.