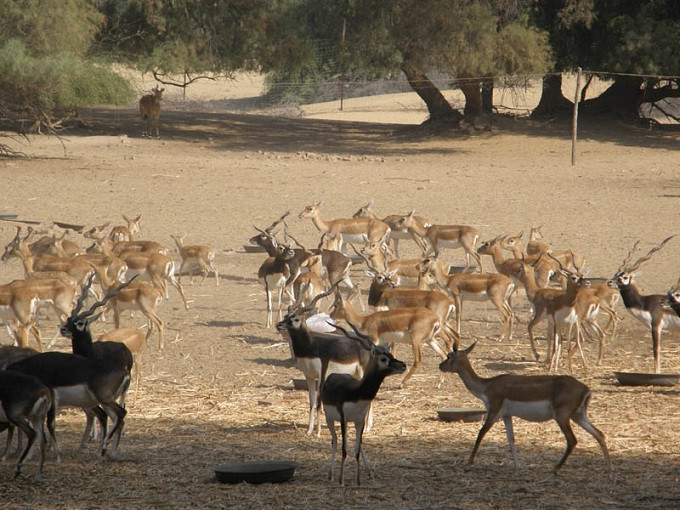 The first-ever wildlife protection police stations in the country have been set up in Sindh under the Sindh Wildlife Protection, Preservation, Conservation and Management Act 2020. Citizens will be able to approach any one of the six police stations established in the first phase in Thatta, Sujawal, Badin, Tando Muhammad Khan, Jamshoro, and Hyderabad to lodge complaints against animal rights abuses and other wildlife violations.

Despite being pressed for human resources, the Sindh wildlife department (SWD) is to run the police stations round the clock. Officials posted at the site will be empowered to lodge a First Offence Report (FOR) — the First Information Report (FIR) as defined in the law – on crimes against wildlife.

“Anyone can come and lodge the crime report now at these police stations,” said SWD Chief Conservator Javed Ahmed Mahar.

According to the SWD, more such police stations will be set up in other districts of the province.

The chief conservator said that under the Sindh Wildlife Protection, Preservation, Conservation and Management Act 2020, which repealed the weaker Sindh Wildlife Protection Ordinance 1972, and increased the ambit of protection for wild animals and birds in the province for the first time since SWD officials can arrest perpetrators of crimes against wildlife. They can lodge cases against those who try to endanger wildlife, obstruct their protection or attack SWD officials.

Among other prohibitions and provisions, the 2020 law gave the SWD staff status of the police and expanded coverage to all wildlife, including those animals that enter the province via transboundary migration or as a result of human activity.

A wildlife inspector will head each of the six police stations and will maintain an official record of complaints and FORs lodged against perpetrators.

With the status of a police station, wildlife inspectors will remain active round the clock. The in-charge of the police station is bound to immediately send a copy of the FOR [which serves the same function as an FIR] to the relevant district and sessions judge.

Citizens will be able to head to these police stations and lodge complaints pertaining to crimes against wildlife.

As there are no lock-ups in the newly set up wildlife protection police stations, SWD officials will have access to regular police stations in the district if a perpetrator is detained or arrested.

Mahar appealed to citizens to avail these police stations and immediately contact the relevant one to report any crime against wildlife.

Though it is often difficult to trace perpetrators of such crimes, Mahar was confident that this move will enable his department to take swift action and curb such acts. “Our teams were already active and in the fields. With the establishment of these police stations, we will be able to rid the province of all kinds of crimes against wildlife.”

Clearing out the ghosts

Of the 600 officials posted under the SWD, many are reportedly ghost employees, who are rarely seen performing their duties.

Informed sources in the department said that there were a number of employees, including game watchers, who never discharged their duties.

“There are a number of staffers who have never been posted for any assignment since their appointments,” disclosed one senior official. “Some even retired without ever being posted for an assignment.”

But, under the directives issued from the provincial SWD office, every employee has been asked to join their posts in the new set up. The ghost staff will have no room to escape now.