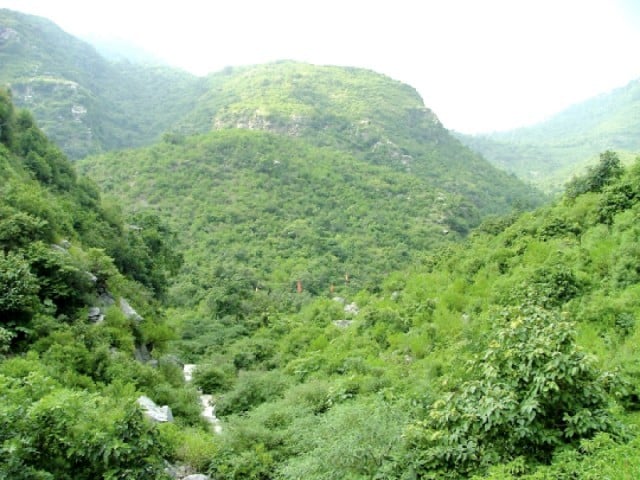 Wildlife experts have advised citizens to avoid feeding monkeys strolling along the Margalla Hills National Park (MHNP)’s hiking trails and its vicinity in Islamabad to avoid being bitten or attacked by them.

An Islamabad Wildlife Management Board (IWMB) spokesperson stated that in a rare instance a female monkey at Trail-4 attacked an IWMB official as he did not offer her anything to eat.

Monkeys have their food or prey readily available in their natural habitat and do not require an artificial diet to survive. Citizens’ compassion to offer food to monkeys has made the animal dependent on them and as a consequence, it retaliates if someone does not offer food.

The IWMB, through its social media portals and media briefs, is trying to spread awareness among the masses to shun this practise of feeding any wildlife species in the national park. There are enough species available to the monkeys and they can survive much better by feeding on them.

Previously, a female Asian common leopard nicknamed ‘Shezadi’ was also spotted at Trails Four and Six. “Due to enough preys such as wild boars, green pheasants, and barking deer, the leopard has been spotted using camera traps installed in the national park. A notification was issued asking the public to avoid venturing into the MHNP after sunset and to leave the trails half an hour before the stipulated time for their safety.

There were 18 camera traps installed at various locations of MHNP with eight of them fully functional. However, the remaining eight were placed at different sites as per the need for effective monitoring.

Pakistan Wildlife Foundation Vice President Safwan Ahmed informed that the people venturing out into the trails should avoid giving any food item and apply some perfume or deodorant to prevent monkey attacks. “A fragrance is an unperceived odor for monkeys, which they consider a threat and, therefore, flee in fear.”

He further maintained that in some cases of monkey attacks it was more of human nature that provokes the situation. “Monkeys move in troops as a minimum in groups of three or a maximum of 300. People should never consider a single monkey spotted as alone rather there will be an entire troop,” he warned.

An alpha monkey (male) usually stares aggressively and tries to behave dominantly, which humans recognise as an attack and in consequence infuriate the animal through their conduct or act in fear and frenzy which should be avoided.