To control the increasing population of stray dogs in the provincial capital in a humane manner, the Peshawar Livestock Department has decided to neuter these animals.

The Livestock Department has decided to offer an Rs200 cash reward to residents of the city if they capture and bring these dogs to the department for further processing.

The decision was taken after residents of Peshawar complained about the rising population of stray dogs in the city, the Peshawar Livestock Department Director Dr Masoom Khalid said. 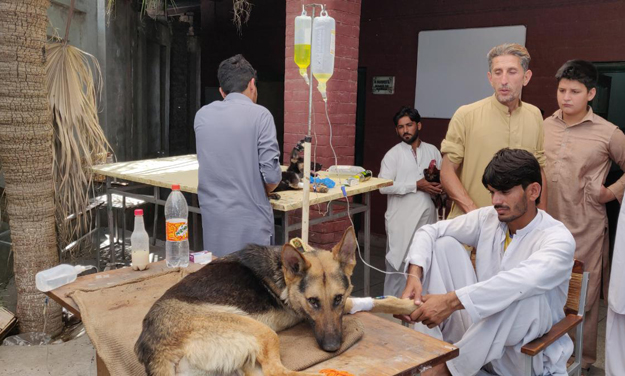 “We have to change the mindset on killing stray dogs, which is a common practice being followed by the tehsil municipal authorities across the country,” said Dr Khalid. He added that the population of stray dogs can be controlled by neutering them.

”Earlier, local authorities would either poison or simply shoot the stray dogs, which was a very inhuman act,” he added.

Killing animals is cruel and is a great sin in the eyes of God and therefore, the department has introduced this new concept of neutering stray dogs, he said, adding that they have created a special centre which can operate on up to 100 stray dogs a day.

The cantonment administration in Peshawar had recently started a campaign to kill the stray dogs which were severely criticised by animal rights activists and other animal lovers.

According to a survey of Water and Sanitation Services Peshawar (WSSP), there are around 7,500 to 10,000 stray dogs only in Peshawar district.