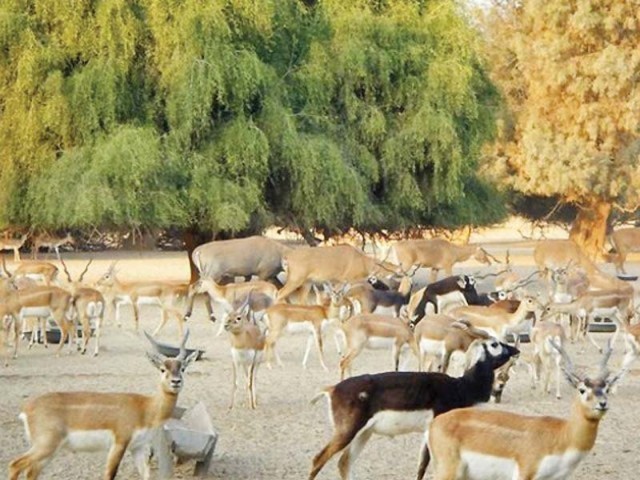 In line with its international commitments, the federal government has approved the establishment of a court for hearing offences against endangered wildlife.

A senior civil judge from Islamabad will be appointed to the court to hear complaints about poaching and the illegal trade of endangered species and wildlife, said officials of the Climate Change Ministry on Jan 22, 2020.

Being party to the international convention on the illegal wildlife trade, the government was required to set up such a court to hear such offences. It has now, for the first time in the country’s history granted formal consent for the court.

The convention which requires Pakistan to set up the court is called CITES — the Convention on International Trade in Endangered Species of Wild Fauna and Flora. It is an international agreement between governments and aim is to ensure that international trade in specimens of wild animals and plants does not threaten their survival.

An official from the Ministry of Climate Change (MoCC) has been appointed as the authorised officer responsible for drawing the government’s attention to any such activity.

The MoCC officials had raised the issue of poaching and illegal trade of endangered species in a meeting of the federal cabinet on December 23, 2019. They pointed out that Pakistan is a signatory to CITES. Being party to the global convention, the country was obligated to promulgate legislation against illegal hunting and trade of wildlife.

They apprised the cabinet that after becoming a party to CITES, the government had formulated the Pakistan Trade Control of Wildlife Fauna and Flora Act 2012. Its rules were also approved by the federal cabinet on December 27, 2018.

The officials said as per the 25th provision of the law, the federal government would designate powers to hear cases against both offences (poaching and illegal trade of wildlife) to a court which would function as provided under the relevant laws and are necessary for the enforcement of the provisions of the Act.

The fourth provision of the law stated that no court will take cognisance of any offence punishable under the act except upon a written complaint made by an officer designated by the federal government.

The documents further disclosed that the aviation division had recommended the name of a senior civil judge from Islamabad (East) for hearing cases against poaching and illegal trade of endangered species.

The division further suggested appointing MoCC Forest Inspector General (IG) as the competent official empowered for filing written complaints against any such violations.