As many as 600,000 people visit the Lahore Safari Zoo to witness its popular lion safari. The distinguishing feature of the attraction rests with its 35 subspecies of African lions.

The safari located on main Raiwand road has 35 lions of African descent brought in 1982 whereas Royal Bengal Tiger, cheetah and puma have also been kept in the zoo.

Lahore safari zoo is the first safari park in Punjab that hosts animals and birds in open enclosures. 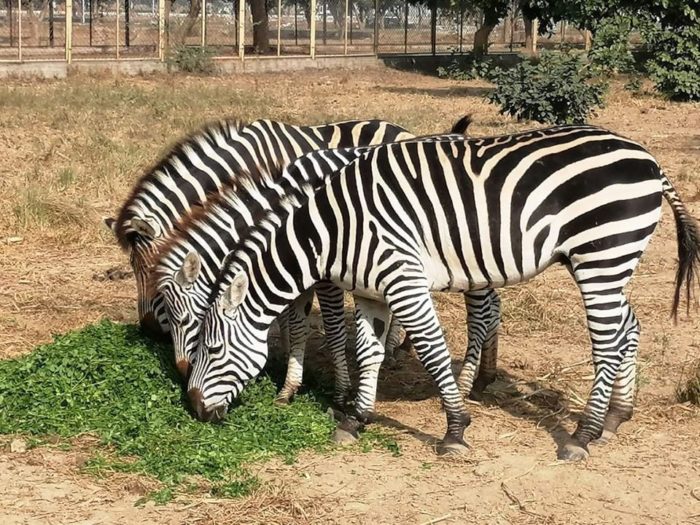 The Zoo’s Veterinary Officer Dr Madiha said that there are 11 lions and 24 lionesses in the safari, out of which two lionesses are albino. “The safari has the largest number of big cats in the country,” she claimed.

She also said the safari boasts a streak of Royal Bengal Tigers including two males and two females, a pair each of albino tigers, albino pumas and black jaguars. Tourists not only enjoy the sight of animals but also revel in the experience with birds in the largest aviary of the province. The sanctuary houses several birds including peacocks, pheasants and macaws.

The Wildlife Deputy Director Chaudhry Shafqat Ali said, “Unlike other wildlife parks and zoos, we keep animals of different species that can coexist together.”

He explained that the animals are kept together to replicate the jungle environment to ensure their well being and health. “The visitors are asked to board a special vehicle to enjoy the lion safari to protect them from any possible attack,” adding, “Private vehicles are banned inside owing to the previous attempts by people to take photographs and videos of lions.”

The Deputy Director revealed that a budget of nearly Rs80 million is allocated for the Lahore Safari Zoo. 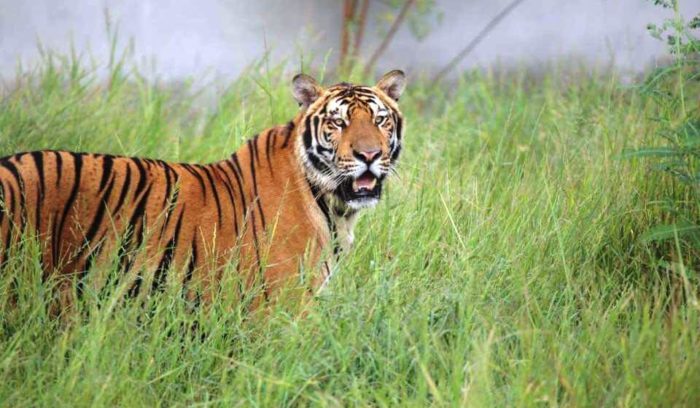 “Half of the budget is used to pay salaries of the employees while the rest is utilized to ensure the provision of food and proper upkeep of birds and animals.”

“Another distinctive feature of the Safari Zoo is our rehabilitation center for disabled wild animals. We have a pair of Sambar and Hog Deer each that are undergoing treatment in our center,” he said. In the past, Punjab government had announced the implementation of night safari project which did not materialise due to lack of funds. Moreover, purchase of new animals and birds is also pending.

The artificial lake is another great attraction site inside the premises. People can row alongside ducks and other aquatic birds to relish the beauty of nature.

Children can enjoy electric rides or even ride ponies and camels for a wholesome experience. The safari is located far away from the city but it is quite a revitalizing attraction for everybody.

In late Feb 2020, four lions probably killed a 17-year-old grass reaper at the Safari Zoo. However, how Bilal Hussain managed to get near the lions was yet to be ascertained.

Safari officials said Hussain climbed a 12-foot-high fence at night and jumped into the safari zoo to cut grass from the rear end of the enclosure which looks like a thick jungle. Four lions devoured him and the next morning parts of his skeleton were found in the lions’ enclosure.

Lahore Safari Zoo Director Mohammad Shafqat said that Hussain, who belonged to Athoowal village, had been missing for the past two days. His parents went to the safari looking for him and spotted his shoes and a sickle in the lion safari, and some grass he may have cut bundled in his shawl. These items were found inside the enclosure far from the fence.

The family raised a hue and cry on finding Hussain’s belongings. The safari officials caged the lions and then stepped into the enclosure to find his remains. Hussain’s father Mohammad Shareef said that his son had left home at 5 pm on Monday to cut grass and never returned. “We kept searching for him at all possible places. We then thought of visiting the safari on the likelihood of finding some clue to his whereabouts. But to our utter shock, we found the remains of our beloved son. I have six children — three daughters and three boys — and Bilal was the eldest,” he said.

To a question about why Hussain would jump into the lion’s enclosure just to cut grass or if he had an enmity with someone, Shareef rejected outright both possibilities, saying he left home in a cheerful mood. He was mentally stable and had no enmity with anyone, the grieving man added.

There were no CCTV cameras installed at the safari to determine what exactly happened.

The safari director said that officials called the police at 15 after they found the remains of the boy and the police initiated an investigation into the matter.

Punjab Wildlife Director General Tahir Hamdani said that a departmental inquiry had been initiated into the matter and a report would be compiled in a couple of days.