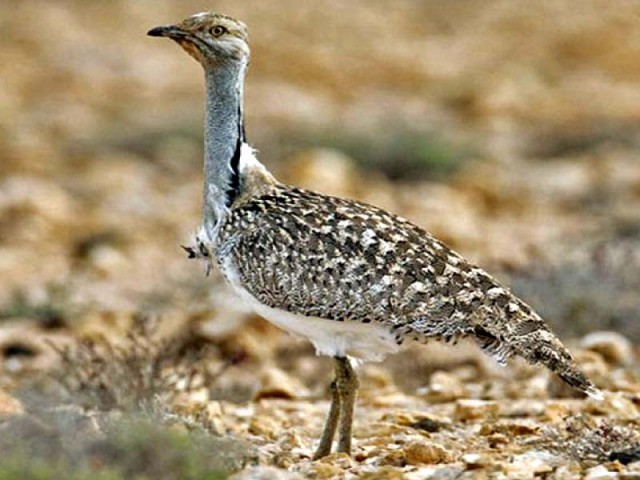 The Punjab Wildlife department has decided to conduct a survey of the upcoming arrival of seasonal aquatic birds in the province.

The Midwinter Waterfowl Count and Houbara Bustard survey will be launched in the second week of December. Survey reports will be sent to the International Waterfowl Research Bureau (IWRB) and the Asian Wetland Bureau (AWB). Faisalabad Wildlife Research and Training Centre will conduct the survey.

According to reports, the number of migratory birds is decreasing every year due to hunting and climate change.

In this regard, Punjab Wildlife Protection Department Director Muhammad Naeem Bhatti said that the survey of birds will start from mid-December. “This survey is conducted every year and is known as the Midwinter Waterfall Count.”

Over 70% of Siberian migratory birds have stopped visiting Pakistan

He added that the survey will look at the types of aquatic birds migrating to the province and the number of flocks at reservoirs, lakes, and rivers. “The survey reports, consisting of the data about migratory birds, will be recorded and sent to the IWRB and the AWB.”

The director revealed that according to an organisation of hunters of migrant birds, the number of migrant birds coming to Pakistan is dwindling every year. “The decrease in migratory birds is due to illegal hunting of the birds, rapid climate change and a lack of wetlands and reservoirs.”

He maintained that effective measures are being taken, collectively, by Wildlife authorities, Organisation for Saving Aquatic Birds and non-governmental organisations to prevent illegal poaching.

The director further said that a survey of Houbara Bustard will also start from the second week of December, under the direction of the Houbara Bustard Commission. “The survey will be completed within a week in Cholistan, Thar and other areas including Dera Ghazi Khan.”