The inventor of the labradoodle, the ubiquitous, mopheaded designer dog, said that creating the mixed breed was one of his life’s regrets.

“I opened a Pandora box and released a Frankenstein monster,” the creator, Wally Conron, said on the Australian Broadcasting Corporation’s podcast “Sum of All Parts” last week.

Mr. Conron, who has been credited with sparking a crossbreeding frenzy resulting in shih poos, puggles and more, said the labradoodle was originally intended as a guide dog, not a fashion accessory.

“I bred the labradoodle for a blind lady whose husband was allergic to dog hair,” Mr. Conron said, according to the Australian Broadcasting Corporation.

“Why people are breeding them today, I haven’t got a clue,” he added.

For some breeders — and Instagrammers posting photos of their beloved “doodles” in little rainboots and sunglasses — Mr. Conron’s comments rankled. But perhaps the line that cut the most was this:

“I find that the biggest majority are either crazy or have a hereditary problem,” he said.

Amy Murphy, the president of the Australian Labradoodle Club of America, begged to differ.

“All dogs are crazy,” she said.

Based in Denver, Ms. Murphy has been breeding labradoodles since 2006 and said that, despite some ups and downs, demand for what she called “a hearty breed” had continued to increase.

“They are quirky and fun-loving,” she said. But they don’t like to be left alone.

“If they are not challenged and don’t have people around, then they act out,” she added.

A spokeswoman for the American Kennel Club, which does not recognize the breed, said the organization made it “a point not to comment on breeds, especially, negatively.”

“Every dog will have its days, so to speak,” said the spokeswoman, Brandi Hunter.

“However, that’s the reason why we always talk the predictability of a purpose-bred dog,” she added. “There is something to be said for having refined and done the research to develop a breed.”

On Wednesday afternoon, the “I Love My Labradoodle” Facebook group, which has over 27,000 likes, made no mention of Mr. Conron’s comments on the podcast.

Cory Conway, a labradoodle owner in Goshen, N.Y., who is part of the Facebook group, said his five-month-old labradoodle, Kelby, is “so intelligent” and “gets commands so fast,” adding that his last dog was a purebred Yorkshire terrier.

Some were vindicated by Mr. Conron’s remarks.

“As a groomer I can agree!!” one user wrote on Facebook. “They made smart dogs into crazy mutts! That’s the truth of it. They are very overpriced mutts. And I’ve been bitten by ‘oodle’ dogs the most!”

Attempts to reach Mr. Conron on Wednesday were not successful. 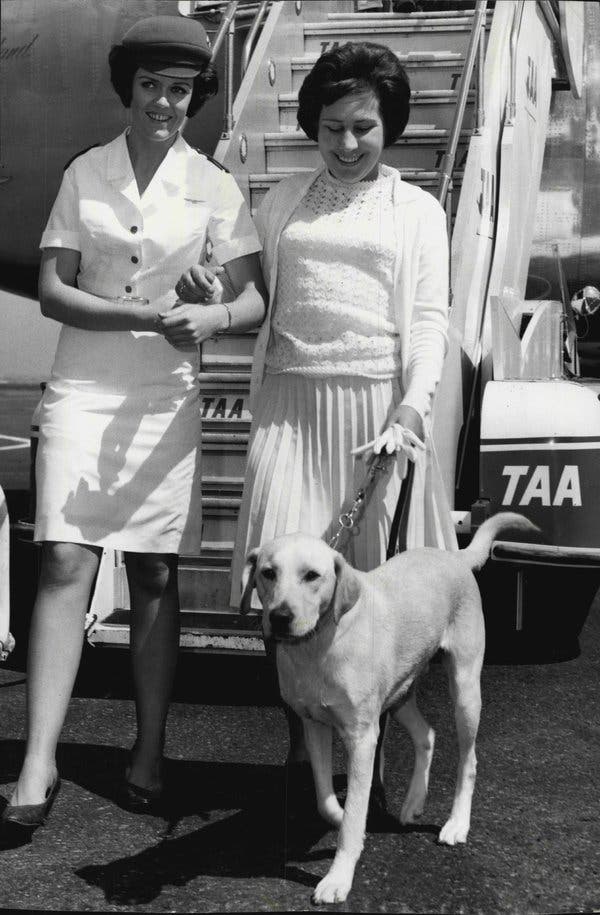 The Royal Guide Dogs Association of Australia provided Labradors, like Carlo, above, to people who needed guide dogs. Mr. Conron bred the world’s first labradoodle for a blind woman who needed a guide dog, but whose husband was allergic to dog hair.

In the podcast, Mr. Conron said he created the breed in 1989 while working at the Royal Guide Dogs Association of Australia. He had received a request from a blind woman in Hawaii whose husband was allergic to longhaired dogs. It should have been an easy problem to solve, he said, noting that poodles, which don’t shed, were a good choice. But he struggled to find a suitable match.

“Over the period of three years, I tried 33 standard poodles, but not one was successful,” he said.

His boss, John Gosling, pressured him to find an alternative, so he decided to breed a poodle and a Labrador. He met resistance from poodle breeders before deciding to mate his boss’s male poodle, Harley, with a female Labrador, Brandy.

Nine weeks later, Brandy gave birth to what are widely regarded as the world’s first labradoodles: Sheik, Simon and Sultan, according to reports at the time. Mr. Conron sent hair clippings from each to the woman in Hawaii, and only Sultan’s elicited no allergic reaction from her husband.

“He trained up and he finished up going to Hawaii, which was great,” Mr. Conron said. 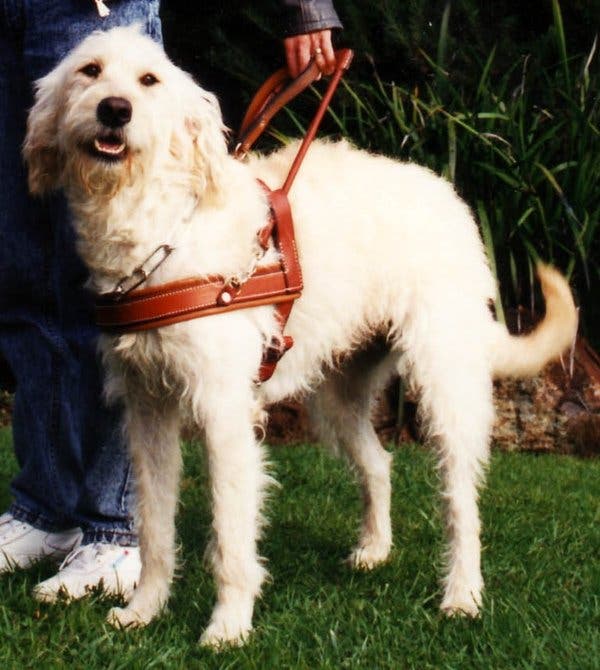 Sultan, widely regarded as one of the world’s first labradoodles.

But then there was the problem of the remaining two puppies. No one seemed to want them, so Mr. Conron went to his organization’s public relations department and urged it to tell reporters that the group had created a “special” hypoallergenic guide dog breed.

The breed was a surprise hit, much to Mr. Conron’s regret: He had created a demand that “unethical, ruthless” breeders were more than happy to meet, he said.

“I realized what I had done within a matter of days,” he said. “I went to our big boss at the time and I said to him, ‘Look, I’ve created a monster. We need to do something about it to control it.’”

But it was too late. Today, he said, the breed is often plagued by mental or physical problems. But Mr. Gosling, his boss at the time, disagrees.

“It’s actually turned out to be, in my opinion, something quite fantastic,” said Mr. Gosling, who took in Sultan after the dog retired from service in Hawaii. When Sultan died, Mr. Gosling buried the dog in his backyard, alongside its father, Harley.

This isn’t the first time Mr. Conron has publicly derided his creation, which has been taken in by celebrities like Christie Brinkley, Jennifer Aniston, Tiger Woods and Neil Young. Before being given a Portuguese water dog, President Barack Obama and his family considered a labradoodle.

He said that unscrupulous people setting up “horrific” puppy mills, and backyard breeders who were breeding for bucks, were to blame for producing a glut of unstable dogs that would eventually be euthanized.

In an interview with Psychology Today that same year, Mr. Conron acknowledged that the “doodle” name was “a gimmick” that went global.

“People ask me, ‘Aren’t you proud of yourself?’ I tell them: ‘No! Not in the slightest.’ I’ve done so much harm to pure breeding and made many charlatans quite rich,” he said. “I wonder, in my retirement, whether we bred a designer dog — or a disaster!”