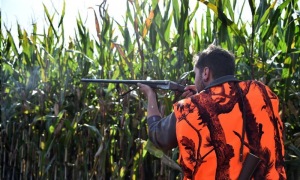 Assistant Commissioner (AC) Murree Imtiaz Khan was caught poaching migratory wild pigeons along with his 10 friends in mountains near Tanaza Dam in Fatehjang.

On a tipoff, Assistant Director Wildlife Mehwish Rauf raided the mountains and found the assistant commissioner hunting the wild pigeons, which migrate to the area from Siberia in the winter.

She took 10 pigeons, which they caught, and six guns into her custody and imposed a fine of Rs 100,000 on them.

The assistant commissioner tried to influence the officer by introducing himself but the woman refused to listen to him.