For some people, particularly those residing in rural belts of Pakistan and some urban localities, cockfighting is a ‘cool’ sport. In fact, it is a ‘cruel sport’ in which roosters are placed in a ring and forced to fight till death only for the sake of amusement of spectators.

Cockfighting is a popular sport in rural Pakistan; however, “betting is illegal under the Prevention of Gambling Act 1977”. Despite the fact betting is illegal, heavy bets are placed on cockfights.

In most parts of Sindh, Punjab and Khyber-Pakhtunkhwa, people are fond of keeping fighting cock breed, known as ‘aseel’. The ‘Sindhi Aseel’ are noted being tall, heavy and good at fighting.

Another popular breed is called ‘Aseel’ chicken or ‘Mianwali Aseel’. In villages, roosters are born, raised and trained to fight. Heavy amount is spent on breeding a quality ‘aseel’ and these roosters are fed almonds, desi ghee and other rich protein diets to make them strong and aggressive. In practice, two owners place their roosters in the cockpit or an open ground, whatever is available. The cocks fight until ultimately one of them dies or is critically injured and his owner withdraws it from the fight.

In Rawalpindi, Dingi Khoi is a place where rooster fights take place and a large number of people bring their birds from around the city as well as adjoining areas to compete in fights for the sake of fun.

In different parts of the world, the roosters are either equipped with metal spurs called gaffs tied to their legs where their natural spurs are, but they are removed to use a metal spur to make the fights more brutal. The spurs are placed on a bracelet called ‘cockspur’, which is made of leather and tightly attached to the roosters’ legs. There is another variation most commonly practiced in Pakistan is the naked heel variation, in which the bird’s natural spurs are left intact and sharpened. In this form of cockfighting, roosters compete without gaffs or taping. Mostly the cockfighting is either three rounds of specific time with slight gap between these rounds allowing the owners some time to tend to their birds.

According to Wikipedia, cockfighting is said to be the world’s oldest spectator sport. It goes back 6,000 BC in Persia. Whereas in the Encyclopaedia Britannica, there is evidence that cockfighting was a pastime in the Indus Valley Civilisation. The significance of the original name of Mohenjodaro inferring that the city was “the city of the cock” takes on great significance if taking into account that it has been claimed that the chicken was domesticated in India in 6000 BC. However, according to a recent study, “it is not known whether these birds made much contribution to the modern domestic fowl. Chickens from the Harappan culture of the Indus Valley (2500-2100 BC) may have been the main source of diffusion throughout the world.” “Within the Indus Valley, indications are that chickens were used for sport and not for food (Zeuner 1963)” and that by 1000 BC they had assumed “religious significance”.

Mohenjodaro, the modern name for the site, simply means Mound of the Dead in Sindhi. The city’s original name is unknown, but analysis of a Mohenjodaro seal suggests a possible ancient name, Kukkutarma (“the city of the cockerel ‘kukkuta’”). Cock-fighting may have had ritual and religious significance for the city, with domesticated chickens bred there for sacred purposes, rather than as a food source. Mohenjo-daro may have been a point of diffusion for the eventual worldwide domestication of chickens.

So with a bloody history dating back to 6000 BC, the cockfighting is no doubt a cruel sport, not meant for the fainthearted.

* I watched this whole show as a silent spectator and as the fight ended, I spoke to some of the rooster owners to find out more about this controversial game 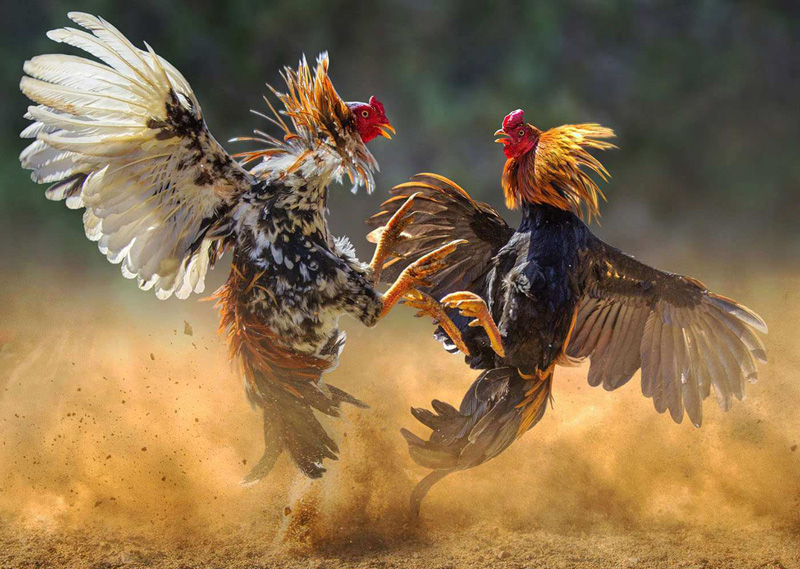 Irshad Ali is one of the owners of a rooster and according to him, he is petting the roosters for the last 15 years and has organised more than 500 such cockfight competitions. 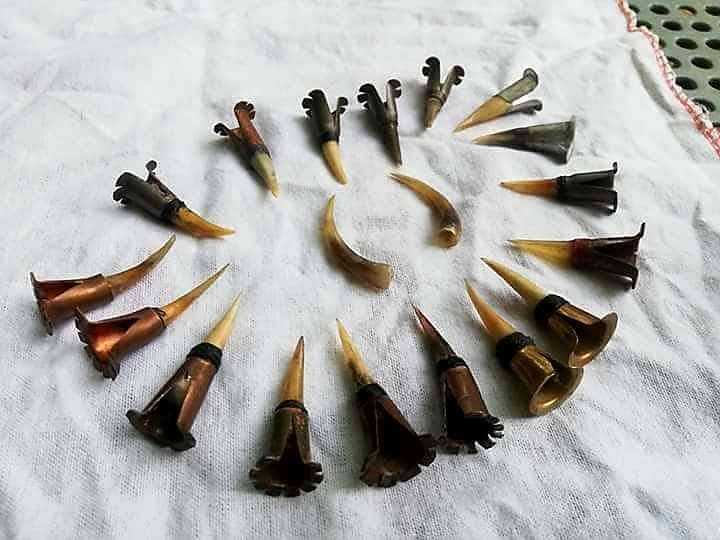 Talking about this activity he said, “It is a very common activity among the people of Khyber Pakhtunkhwa (KP) and despite ban from the KP government, no one is ready to quit this hobby as it is becoming more and more popular among the youth of KP.”

Describing the whole process of this sport he said, “We have to feed almond, milk, butter and other foods to prepare the roosters for the fights and they’re always trained for some 20 days before a fight.”

History reveals that cockfighting is the old sport in the Indus Valley and other parts of the world and this activity goes back to ancient times in India, China and Greece.

This fight used to be organised by the Nawabs in the subcontinent and was often the subject of gambling and betting.

Talking about betting, he said, “Although betting is banned and illegal, but even then, many people go for regular betting during this fight.”

“Beside gamblers, there are many people who organise this fight as a hobby,” Irshad Ali said.

He elaborated that there was no duration of time for this fight. It ends when one of the fighter cock results in death.

“The most dangerous weapon of a rooster is the ‘khar’ the back of a claw, which are always sharpened during the fight so that in order to hit the opponent, rooster comes across as very hard,” he said.

“These fights take place on a regular basis and away from the eyes of police and sometimes the influential people of the area organise this fight in their hujras too,” Zubair, another rooster owner said.

He said that he loved keeping different kinds of birds but had never participated in such cockfights.

Recalling an incident, Ali said, “A few months ago, we patronised a cockfight in a barren area outside the village where there were more than a 100 people present. As the fight started, the police raided us and 67 people including me were arrested and we all were fined Rs 1,500 each. Later, we were bailed out after we were produced before the local judge. The most worrying thing is that day by day, young students are adopting this cruel activity as their favourite hobby and this thing must be stopped because these games will bring young students towards gambling and betting.”

A senior police officer Niaz Ali Shah said that this was an illegal and cruel act and they have raided several times on such gatherings and have also arrested those involved.