A whopping 8,300 kg of pangolin scales and 2,100 kg of ivory tusks were seized by custom officials in Hong Kong. Packed inside a container from Nigeria and declared as frozen beef, this incident is just the latest of its kind, putting the spotlight back on the thriving black market for endangered animals and animal parts.

Hong Kong and several Southeast Asian countries have become transit hubs or central stops in the facilitation of this underground industry, while the ‘raw material’ usually comes from Third World countries.

Despite being declared illegal, there is a growing market for pangolin scales and ivory in mainland China and other parts of the world, where the local population of certain animals has been hunted to near extinction. In recent years, conservationists have expressed concern over the internet and the dark web’s role in aiding and abetting this criminal industry. 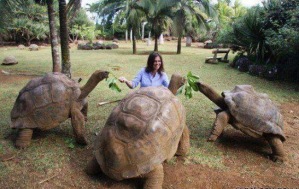 Pakistan, too, has seen the population of certain animals rapidly decrease over the years due to their demand in other countries as pets, food, medicine and decoration items. This includes the endangered Indian pangolin — a shy and gentle creature, popular for its meat and scales.

Found in Sindh and Punjab, pangolin scales are removed with the use of boiling water, or the creature is starved to death and sold to dealers. Others are killed simply because they are perceived to be a threat by the local population.

In 2018, a report by TRAFFIC found that at least 10,321 live black-spotted turtles from Pakistan, India and Bangladesh were recovered in 53 seizures between April 2014 and March 2016. And just recently, 1,200 kg of recovered turtle and pangolin meat were stolen from the Sindh Wildlife Department’s office in Karachi. These losses are buried under more ‘important’ news items, but they spell disaster for our ecosystems.