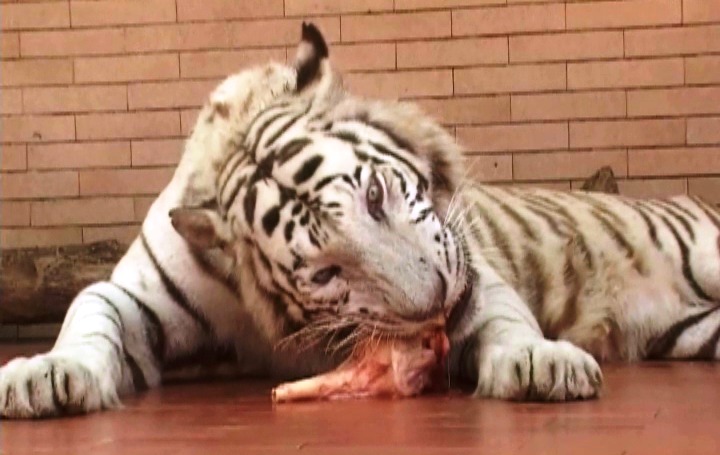 Lahore zoo has decided to auction animals especially its big cats. Currently, the total number of surplus lions in different zoos of Punjab is more than 20 – the Lahore zoo which houses 26 lions, is looking to offload 8 African lions and the Lahore Safari Park which is home to 40 lions will auction 12 of them.

In March 2022, the Secretary Forests and Wildlife, Shahid Zaman, said that the department had three priorities regarding surplus animals. “The first is that we will pair the surplus animals with animals across the 21 small and big wildlife parks and zoos in Punjab for breeding. After that, some animals will be released into protected areas and if we still have a surplus we will auction them to the public,” he explained.

Zaman added that since bigger cats could not be released into the wild they would most likely be auctioned off. It is worth noting that a previous auction which was held in early Feb, in which nine parties participated, failed because 8 of the 9 parties did not meet the stringent auction guidelines set by the Punjab Wildlife department. Badar Munir, Chairman, Task Force for Forests, Wildlife and Fisheries, Punjab, while breaking down the auction process said that any person or entity can participate in the upcoming auction of lions and tigers, however, it was necessary for them to abide by the rules and regulations laid down by the department.

The rules that participants have to comply with include: having a wide cage, availability of a veterinary doctor, registration certificate as a breeder from Punjab Wildlife and a no objection certificate (NOC).When asked how much would a lion cost, Munir informed that in the past big cats were being sold at the prices of sheep and goats but this time it would be different. “We will now sell them at market rates. The price of an adult African lion in the open market is between Rs 3 million to 3.5 million.

Therefore, the reserve price is now set at Rs 150,000. This will start the bidding process and the highest bidder gets to take the animal home. Buying a lion however is not joke as it required massive funds even after the auction is over, which was one of the reasons the cats were being auctioned off in the first place as the zoos could not afford to feed the surplus animals.

The management committee of Lahore Safari Zoo has decided to auction surplus lion and tiger cubs. The rules for the auction have been finalised. The auction will be held after the approval of senior officials.
At present, 30 different types of tigers and lions, including their cubs, are present in the Lahore Safari Zoo. The decision has been taken so that the number of rare animals can be augmented.

A Lahore Safari Zoo source said that at this time, the zoo does not have any space to keep more lions, tigers and cheetahs due to which further breeding of these animals has also been stopped.

The administration has decided to hold an auction for the surplus lion and tiger cubs. Buyers who have the necessary arrangements to bring up and take care of these animals will be able to bid.

Lahore Safari Zoo Deputy Director Chaudhry Shafqat Ali said following the directives of the zoo management committee, the auction rules have been prepared. At present, they have 30 lions and tigers and the annual cost of food and medicine is up to Rs 500,000 to Rs 600,000.

The market value of a six-month-old healthy lion cub is between Rs 400,000 to Rs 600,000. “With this move, not only will the Lahore Safari Zoo will get funds, but the breeding of these animals can continue in the private sector,” he said.

Earlier, public zoos used to exchange surplus animals with each other. This would be the first time that Lahore Safari Zoo would openly auction the animals.