Animal lover Javed Muzaffar Butt’s home located on Bedian Road looks like any other ordinary house from the outside. However, it is anything but. Venturing near the structure, one’s ears are assaulted by a cacophony of sounds belonging to lions, tigers and other such ‘pets’, as Butt likes to call them. Several birds and animals can be seen playing and interacting in the house’s sprawling lawn.

What initially started out as a hobby has turned into a profitable business for Butt who runs his own breeding centre. He reveals that his children live abroad. As a result, he keeps himself busy by spending time with and taking care of these creatures.

There are currently 16 wild cats in Butt’s personal zoo. Many of them were brought here when they were cubs. Now they are fully grown majestic creatures with an intimidating presence. Dangerous creatures by nature, these felines act like overgrown cats every time the sense their master’s presence; they sidle on up to him and start licking his legs.

He maintains that he had initially started out with a few animals. As time passed, he started to add to his collection. “No government zoo can match the number and variety of animals in my possession,” he boasts. 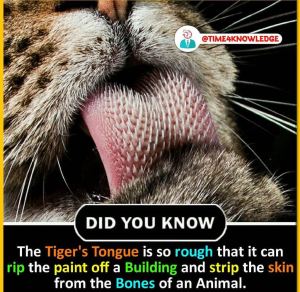 Many of the birds and animals are rare and therefore expensive. White tigers, Siberian tigers, African lions, leopards, pheasants, peacocks, ostriches, monkeys, turtles and six different types of deer are some of the creatures at Butt’s home.

When he has a surplus of animals, Butt sells them to individuals for their personal farmhouses, zoos and private housing societies. Due of the rarity of these creatures, he is able to rake in a pretty penny by selling his animals.

He has also hired a few employees to help him take care of the animals. Mohammad Haroon, who feeds all the birds and animals, is equally loved by the plethora of creatures. As soon as he is spotted outside a cage with food, all the animals crowd around him. Further, Veterinarian Ejaz Ahmed also supervises the health of all the animals, scrutinising each and every detail of their diet in order to keep them healthy.

It should be noted that in order to run a private breeding centre, one must obtain a licence from the Punjab Wildlife Protection Department. Currently, there are dozens of breeding centres operating in the province. This has played a huge part in bolstering the population of rare birds and animals.