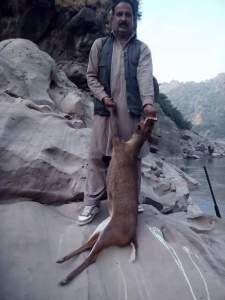 If a single picture could highlight the numerous ailments that a society suffers from, then the Feb 10 newspapers must be thanked. The picture of a 13-year-old boy smiling at a freshly killed Himalayan ibex could not have been more distressing and descriptive of the numerous ways we seem to have parted ways with sanity.

Is a 13-year-old boy authorised to obtain a gun licence? If not, then has the government initiated proceedings for arresting the child’s abettors who provided him an unauthorised weapon?

Can a 13 year old child be issued a hunting permit? If not, then has the government decided to initiate action against the Gilgit-Baltistan wildlife department for issuing illegal hunting permits?

Is it ethical to permit killing of precious and largely dwindling population of our wildlife for the sake of pleasure. Do we forget the disgust and hatred the people of Pakistan feel against those who arrive every year to massacre our endangered Houbara bustards?

Clearly, the Rs100,000 fee for ibex hunting was sponsored by the child’s parents. This may be a small amount to expose a child to ‘killing for pleasure’ but it is a huge investment in developing a future predator.Perhaps the media could have been more discreet in projecting this event as an achievement instead of a moment of shame and soul searching. 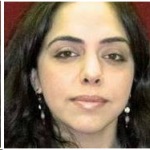