Canine can sniff out the socks worn by children carrying the mosquito-borne parasites, a study finds. 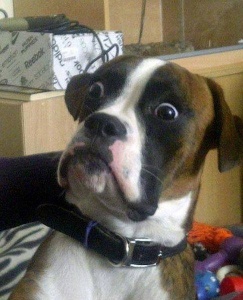 Dogs have such exquisitely sensitive noses that they can detect bombs, drugs, citrus and other contraband in luggage or pockets.

Is it possible that they can sniff out even malaria? And when might that be useful?

A small pilot study has shown that dogs can accurately identify socks worn overnight by children infected with malaria parasites — even when the children had cases so mild that they were not feverish.

The study, a collaboration between British and Gambian scientists and the British charity Medical Detection Dogs, was released last week at the annual convention of the American Society of Tropical Medicine and Hygiene.

In itself, such canine prowess is not surprising. Since 2004, dogs have shown that they can detect bladder cancer in urine samples, lung cancer in breath samples and ovarian cancer in blood samples.

Trained dogs now warn owners with diabetes when their blood sugar has dropped dangerously low and owners with epilepsy when they are on the verge of a seizure. Other dogs are being taught to detect Parkinson’s disease years before symptoms appear.

The new study, its authors said, does not mean that dogs will replace laboratories. Inexpensive rapid tests for malaria have been available for over a decade; more than 200 million people in dozens of countries are infected each year.

But for sorting through crowds, malaria-sniffing dogs could potentially be very useful.

Some countries and regions that have eliminated the disease share heavily trafficked borders with others that have not. For example, South Africa, Sri Lanka and the island of Zanzibar have no cases but get streams of visitors from Mozambique, India and mainland Tanzania.

And when a region is close to eliminating malaria, dogs could sweep through villages, nosing out silent carriers — people who are not ill but have parasites in their blood that mosquitoes could pass on to others.

Dog noses are 10,000 to 100,000 times as sensitive as human noses. Scientists are not sure exactly what dogs are smelling, but it is known that malaria parasites produce volatile aldehydes like those found in perfumes.

The parasites may have evolved the ability to exude odoriferous chemicals in order to attract mosquitoes to carry them to new hosts. Studies have shown that mosquitoes prefer to bite people who have malaria.

If just one chemical indicated cancer or malaria, “we’d have discovered it by now,” said Claire Guest, who founded Medical Detection Dogs in 2008 and oversaw dog training in the study. “It’s more like a tune of many notes, and the dogs can pick it up.”

Most breeds have good noses, she said, but the best for this task are dogs bred to hunt — like pointers, spaniels and Labradors — and dogs with relaxed relationships with their owners.

The initial trials were just to prove that detection was feasible, said Steve W. Lindsay, an entomologist at Durham University in Britain who said he was inspired by a dog sniffing luggage for contraband food at Washington Dulles airport.

When the dogs, a Labrador-golden retriever mix named Lexi and a Labrador named Sally, recognized the telltale odors, they were supposed to stop and point at the jar.

Their accuracy might have been higher under different circumstances, Dr. Lindsay said. Some children had probably shared beds with infected siblings, and the socks had to be stored in a freezer for a year while the dogs were trained and the study design approved.

“W.C. Fields said, ‘Never work with children or animals,’ and here we are working with both,” he said.

Because some Muslims avoid dogs or their saliva as unclean, Dr. Lindsay worried that African Muslims — of which there are millions — would object to being sniffed.

But the Quran permits dogs used for hunting or guarding homes, and after discussing the issue with Gambian imams, he brought dogs wearing red “Medical Detection” jackets into villages.

“Once we explained what we were doing, people were quite O.K. with it,” he said.

He was asked if smaller, cheaper or more local animals could be trained — African giant pouched rats, for example, have been used to detect land mines and tuberculosis.

“Yes, I suppose,” he said. “But at ports of entry, I think people would rather see dogs running around than rats.”