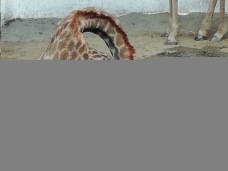 A critically endangered giant sawfish — a species whose fishing is banned under a Sindh government notification — was recently caught by fishermen at the mouth of the Indus river and later sold off in Ibrahim Hyderi, World Wide Fund for Nature-Pakistan (WWF-P) officials reported on May 29, 2018.

The species identified as the large-tooth sawfish was 15 feet long and weighed around 1,320 kilograms.

According to WWF-P, the fish was caught on May 26 near the Turchan and Khajar creeks by Muhammad Siddique using a shrimp trawler.

The last catch of the species weighing around 450kg was reported in 2013, also near Khajar Creek.

“The rare specimen, especially its saw, could have been preserved for research purposes while part of its meat could have been used for DNA profiling that could help acquire further information about the species,” said Mohammad Moazzam Khan.

According to him, fishing of sawfishes with other marine animals, including various species of sharks and rays, is banned in both Sindh and Balochistan.

“Fishermen, however, are unaware of the ban. We are trying our best to create awareness and inform them not to catch these species. Under the law, they are required to dispose them of into the sea, if they get entangled in their nets by chance,” he explained.

Locally named Liara, the sawfish is listed as Critically Endangered by the International Union for Conservation of Nature (IUCN) and also included in the Appendix 1 of the Convention on International Trade in Endangered Species (CITES), which prohibits any commercial trade in these species.

Studies reveal that sawfish inhabits coastal waters, and sometimes ascend rivers. In 1962 a large specimen of sawfish was caught in Hyderabad near Ghulam Muhammad Barrage about 170 kilometres from the coastline.

“Sawfishes are one of the rarest groups of marine animals whose population is globally threatened with extinction. Three species of sawfishes, knife-tooth sawfish, large-tooth sawfish and large-comb sawfish, have been reported in Pakistan,” said Mr Khan, adding that there was an abundance of sawfish in Pakistan prior to the 1980s.

What made sawfish very vulnerable, he pointed out, was its large rostra (saw) in front of their head that easily got entangled in plastic nets.

“That was not the case in the 1950s when cotton nets were in vogue and the fish managed to escape by cutting them easily. Other reasons for its steep decline in population include over-fishing and habitat degradation,” he explained.

Sawfish meat used to be exported from Pakistan to Sri Lanka with other sharks in salted dried form and its fins were exported to Hong Kong, he said.

Highlighting efforts of his organisation, he said that people in Pakistan used to believe that sawfish had been extinct. Over the last decade, however, a few specimens were recorded by WWF-P with fishermen’s help and reported to authorities.

The organisation, he said, had also initiated a study on the historical data of sawfishes in Pakistan, which would help in developing a recovery plan for the species.

The hotspots for sawfish in Pakistan include Miani Hor (Sonmiani), Kalmat Khor, Jiwani, Gwadar and all along the Indus Delta, especially Khajar Creek.

Sawfishes have long life, slow growth, late maturity, and low fecundity, making them extremely vulnerable to any changes that may reduce their population.