Do you think it deplorable that animals are often mistreated, abused and neglected? Although this is true for many animals in a variety of scenarios, few animals right’s are less respected than those of our canine companions. The issue of the rights of dogs is becoming a bigger one on a regular basis as they continue to experience harsh and even fatal cruelty at the hands of humans. With this said, there are those who are becoming very responsive to issues of cruelty to dogs and other animals. 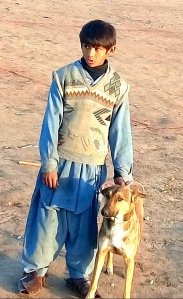 In a study done on the traits associated with sadism, it was found that those who scored higher up on the sadism tendency questionnaire were more likely to enjoy hurting animals (dogs were not the particular victims here). It is thought that those who enjoy hurting animals are less concerned with being kind to people in general. Whilst cruelty to animals does not mean that you are going to turn into a sadist later on in life, the connection between the two is concerning. This is why it is important to educate and sensitize your children and the population in general over the importance of caring for animals, especially the large numbers of stray dogs that can be found all over Pakistan.

Are Dog Rights a Priority in Pakistan?

It would seem that the rights of dogs are probably not a top priority in terms of people’s day-to-day lives. Unfortunately, evidence exists to support this concept and stray dogs are shot in the streets of Pakistani cities like Karachi to keep their numbers under control. However, there are those who care deeply about canine welfare and go out of their way to ensure that they are protected in a manner that is kind and responsible. Proof that it is possible to love animals humanely exists with the thousands of owners who manage to pour love and offer companionship to their four-legged friends, ensuring that they have plenty to eat and that they take good care of dogs during colder weather.

Kindness in the Face of Desolation 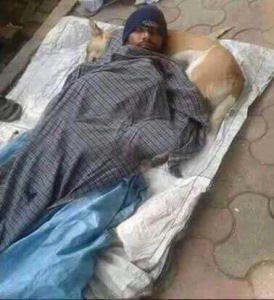 The idea that the Pakistani culture does not support being “kind” to dogs is one that cannot be applied like a blanket to all Pakistanis. In a touching story, fishermen discovered a pack of stray dogs on an uninhabited island of off the coast. They have been feeding, watering and caring for these dogs whose origins are unknown. These magnanimous actions prove that no person, regardless of origin, is inherently cruel and anti-canine.

It is important to understand that indifference to animals is not the same as cruelty, Whilst the use of poison or shooting animals is almost certainly “cruel”, simply disliking dogs without bothering them is not unacceptable behaviour. However, in a country where cruelty towards dogs is an issue, more needs to be done to curb the problem and educate the nation on the difference between indifference and active cruelty.