My mind was absorbed by the biochemistry of gene editing when the text messages and Facebook posts distracted me.

So sorry about Cecil.

Did Cecil live near your place in Zimbabwe?

Cecil who? I wondered. When I turned on the news and discovered that the messages were about a lion killed by an American dentist, the village boy inside me instinctively cheered: One lion fewer to menace families like mine.

My excitement was doused when I realized that the lion killer was being painted as the villain. I faced the starkest cultural contradiction I’d experienced during my five years studying in the United States.

Did all those Americans signing petitions understand that lions actually kill people? That all the talk about Cecil being “beloved” or a “local favorite” was media hype? Did Jimmy Kimmel choke upbecause Cecil was murdered or because he confused him with Simba from “The Lion King”?

In my village in Zimbabwe, surrounded by wildlife conservation areas, no lion has ever been beloved, or granted an affectionate nickname. They are objects of terror.

When I was 9 years old, a solitary lion prowled villages near my home. After it killed a few chickens, some goats and finally a cow, we were warned to walk to school in groups and stop playing outside. My sisters no longer went alone to the river to collect water or wash dishes; my mother waited for my father and older brothers, armed with machetes, axes and spears, to escort her into the bush to collect firewood.

A week later, my mother gathered me with nine of my siblings to explain that her uncle had been attacked but escaped with nothing more than an injured leg. The lion sucked the life out of the village: No one socialized by fires at night; no one dared stroll over to a neighbor’s homestead.

When the lion was finally killed, no one cared whether its murderer was a local person or a white trophy hunter, whether it was poached or killed legally. We danced and sang about the vanquishing of the fearsome beast and our escape from serious harm.

Recently, a 14-year-old boy in a village not far from mine wasn’t so lucky. Sleeping in his family’s fields, as villagers do to protect crops from the hippos, buffalo and elephants that trample them, he was mauled by a lion and died.

The killing of Cecil hasn’t garnered much more sympathy from urban Zimbabweans, although they live with no such danger. Few have ever seen a lion, since game drives are a luxury residents of a country with an average monthly income below $150 cannot afford.

Don’t misunderstand me: For Zimbabweans, wild animals have near-mystical significance. We belong to clans, and each clan claims an animal totem as its mythological ancestor. Mine is Nzou, elephant, and by tradition, I can’t eat elephant meat; it would be akin to eating a relative’s flesh. But our respect for these animals has never kept us from hunting them or allowing them to be hunted. (I’m familiar with dangerous animals; I lost my right leg to a snakebite when I was 11.)

The American tendency to romanticize animals that have been given actual names and to jump onto a hashtag train has turned an ordinary situation — there were 800 lions legally killed over a decade by well-heeled foreigners who shelled out serious money to prove their prowess — into what seems to my Zimbabwean eyes an absurdist circus.

PETA is calling for the hunter to be hanged. Zimbabwean politicians are accusing the United States of staging Cecil’s killing as a “ploy” to make our country look bad. And Americans who can’t find Zimbabwe on a map are applauding the nation’s demand for the extradition of the dentist, unaware that a baby elephant was reportedly slaughtered for our president’s most recent birthday banquet.

Don’t tell us what to do with our animals when you allowed your own mountain lions to be hunted to near extinction in the eastern United States. Don’t bemoan the clear-cutting of our forests when you turned yours into concrete jungles. 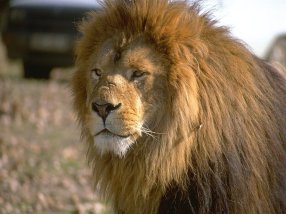 One thought on “In Zimbabwe, We Don’t Cry for Lions”