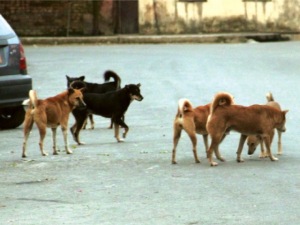 A four-year- old girl died after she was bitten by a stray dog in Hyderabad’s Aliabad neighborhood on January 25, 2015 night.

The deceased victim, Saira Chandio, was attacked while she was playing with other children near an embankment of River Indus. Her parents rushed her to Bhitai hospital in Latifabad but she succumbed to her wounds at around 11pm the same day. According to the duty doctor, the dogs ripped off her leg and a part of her skull.

“Several dogs were biting her when we reached there to save her,” said her brother, Manzoor Chandio. “We had lost hope that medical attention will save her life because the dogs had eaten her.”

According to Saira’s father, Mumtaz Chandio, the dogs have developed taste for human flesh and bones as they feed at a nearby cremation site.

As many as 1,497 cases of dog bites were reported in dozens of taluka hospitals, basic health units, dispensaries and other health facilities in 2014, according to the statistics shared by assistant district health officer Dr Altaf Khehro. However, the figure does not include the district’s largest government hospital, which alone receives more cases than all the health facilities combined. The medical superintendent of the Civil Hospital, Dr Rafiqul Hassan Khokhar, sought time to share the statistics.

A majority of the dog bite cases, 1,027, were reported in the health facilities in Hyderabad Rural taluka followed by 160 in Latifabad, 132 in City and 78 in Qasimabad talukas. However, most of the cases are referred to Civil hospital because anti-rabies vaccines are often not available in the BHUs, dispensaries and taluka hospitals.

Apart from the children, the polio teams are also frequently attacked by dogs, admitted Dr Khehro. “We receive between three to seven cases of dog bites on each day of the three-day polio campaign. Time and again, we write to the deputy commissioner, the municipal commissioner and the TMAs to get rid of the stray dogs but we haven’t seen them taking serious action against this menace.”

According to Dr Khehro, the dogs become more violent during winter as a large number of cases surface during this season.

By this count, the health authorities, excluding Civil hospital, spent at least Rs 5.2 million, if not more, on the anti-rabies vaccine in 2014. The amount is far higher in comparison to the expenses that municipalities may incur if they carry out regular campaigns to kill stray dogs.

A kilogram of poison called strychnine, enough to kill around a 1,000 dogs, costs Rs 140,000. The deputy commissioner, Fayaz Hussain Jatoi, who convened a meeting of the municipal officials the next day, said each of the four talukas in the district will be given a kilogram of the poison for the next few months. Strychnine is only available in Lahore and, therefore, it will take a few days to get the consignment delivered.

Meanwhile, other officials in the department are not impressed by the deputy commissioner’s claims. “A few days from today, people will forget about the child’s death and the need to kill dogs,” said a municipal official who requested anonymity. He suggested the authorities go for a long-term solution by making the municipalities financially stable and putting an end to the political appointments and postings.

This is indeed a sad incident. However, is it the fault of the stray dogs and should they be killed for doing something that is no fault of theirs?

The concerned authorities and citizens should instead come forward to help the stray dogs.

They should collect information about the situation of stray animals in their respective areas; and connect stray animal welfare organizations, support education projects and spay/neuter projects. Connecting with other parties in the field of stray animals such as volunteers, shelters, vets etc.

People feeling for the plight of stray dogs should come forward to establish stray centers for the dogs. Starting project with others. will help in working together and result in expansion of the good work. The people will have to come forward as we cannot expect much from the government in this respect.

There should be increased focus on education projects and spay/neuter projects. 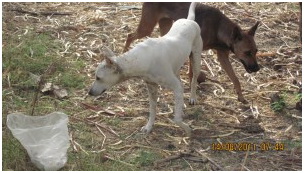 Let me start with the obvious, but is not: I did not give birth to either stray dogs or stray monkeys. I did not multiply them or make them a problem! In fact I am part of the scientific solution. And it is because neither of these states listen that they have a problem. People don’t care about the number of dogs. They simply want dogs that will stay out of the way, not spread disease including rabies and will not bite. The solution of sterilization is a tested method for all these problems. Make a sterilization centre in every district – as mandated many times over by the High and Supreme Courts – sign an MOU with an NGO, which has been trained and recognized by the Animal Welfare Board, and pay them to sterilize the dogs over 5 years. When the male / female dogs are picked for sterilization they are also given anti-rabies injection that lasts for three years (the average life of a street dog is never more than 4 years) and if they have any other disease, like mange, they are kept by the NGO till they are disease free and then returned to the same area where they live out their lives harmlessly and happily. No sterilized dog ever bites. The only time a dog bites is when the female is on heat and the male is driven insensate with lust. He will fight with other males, cross boundaries into other territories and in the process some human will get bitten.

The second reason is when the female has had babies and she is so frightened that they will be killed (as 90% are in the first two weeks, by cars, vicious humans who think nothing of stoning little puppies, starvation and cold) that she guards them strenuously and bites anyone who comes near them.

The third reason is something that is easily preventable by adjusting human behavior. If you constantly abuse / hit a dog, he will lose his innate trust in human goodness and then he will bite someone whom he thinks is going to be mean to him – because meanness is all that he has ever seen.

Once a dog is sterilized and returned to his / her own place he will NOT bite as he has no sexual desire left, she will not bite because she will have no children – and if you are nice to them or ignore them at best, they will not bite the residents of the area as they know their habits intimately. Kerala kills all its dogs all the time. Happy healthy creatures who would make excellent pets and guard dogs, are made into “menaces” by politicians and newspapers for no reason.

The panchayats lap up this regular hate mongering because, according to the law, they get Rs.75 for each dog they kill, so any panchayat leader who is dipping his hands into the till kills fifty dogs, and then claims he has killed 500. The Chief Minister, who is a good human being, has repeatedly given money to start sterilization centres. At the moment three Kerala districts are running them well – and you never hear of “dog menace” in them.

If they would just relax for two years and let the experts do their work, everyone would breathe easier. By the way, government spends 700 crores per month to remove polio. The Environment Ministry spends less than 50 lakhs a year on removing rabies. If the program could be taken up by the Health  Ministry – which has taken Haryana on an experimental basis – and 100 crores spent yearly, we would have a good healthy small, population of dogs within 10 years. It has taken 20 years for polio – I guarantee half that time.