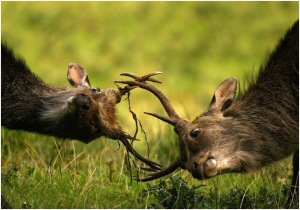 “Annual surveys of animals are conducted only in game reserve areas of Surjan, Sumbak, Eir and Hothiano to regulate the community-based trophy hunting in a successful manner,” he said, while replying to a question of MPA Nadeem Ahmed Bhutto.

He pointed out that last comprehensive scientific survey of all natural resources of the KNP was conducted in 2000 by a team of experts from the Melbourne University of Australia, wherein population of key wildlife species was reported.

In reply to another query, Dr Essrani said that it was not true that the Pakistan Petroleum Limited (PPL) and Sindh Wildlife Department entered into an agreement to explore gas and oil from the Khirthar National Park.

He pointed out that the KNP had been declared ‘protected’ under Category IV of the International Union for Conservation of Nature. All kinds of hunting, poaching, grazing and any kind of disturbance and loss to the natural environment was prohibited under Section 14 of the Sindh Wildlife Protection Ordinance 1972.

He said that the Sindh Wildlife Department, being the regulatory authority, was taking all required steps to safeguard the natural environment of the park through watch and ward system and effective patrolling in the park.

The Minister acknowledged that the Pak-Arab Refinery Company (Parco) had laid an oil pipeline in 2001 along the Sui Southern Gas Company pipeline, which passed through the KNP, but not through ‘core care’ of the KNP.

He affirmed that Parco had assured the Sindh Wildlife Department of its assistance for the KNP’s betterment on certain terms of reference.

According to the terms of reference, the Wildlife Department issued a no-objection certificate to Parco for laying white oil pipeline from Karachi to Multan through the KNP along the existing SSGC pipeline. Parco will provide assistance not in shape of cash to the Wildlife Department as per requirements of the SWD for the betterment of the park. The Department will only submit demands or requests to Parco and then Parco will provide those items to the Department after making payment direct to the party. Under this assistance, four vehicles, i.e. two double-cabin pick-up trucks and two single-cabin pick-up trucks (4×4) were provided to the Department for patrolling and to strengthen the watch and ward system in the KNP and abetment of poaching and illegal hunting in the park.

One thought on “Khirthar National Park”