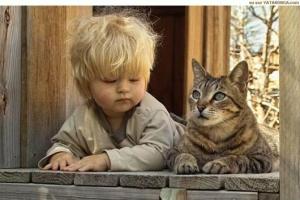 Cats have prowled the streets of Rome since ancient times, more recently finding refuge with an association of volunteers who have lovingly tended to thousands of strays over the years amid the ruins of a site where Brutus is thought to have stabbed Julius Caesar in 44 B.C.

The shelter, in an underground space abutting a cherished archaeological site, consists of several bright, cage-lined rooms that hold dozens of strays at a time and has gained fame — and donations — as a popular tourist draw.

But after a couple of decades of tolerated, if not quite authorized, occupancy, Italy’s state archaeologists have told the association that it has to go, saying the illegal occupation risks damaging a fragile ancient monument. The cat lovers issued a ready reply: They have no intention of leaving.

“If they want war, we’ll give them war,” warned Silvia Viviani, a retired opera singer and one of the founders of the Torre Argentina Cat Sanctuary association. “The cats need us.”

What has ensued is a fight that has drawn in a host of city officials, elicited a flood of e-mail from upset cat lovers and revealed a deeper clash between tradition and legality that has tested Rome’s notions of its cultural heritage.

The battle has pitted preservation officials who struggle mightily to get Italians to obey laws protecting their historic birthright against an especially feisty Roman breed of cat caretakers — the so-called gattare.

In the middle are the cats themselves, ancient inhabitants of Rome who have been officially declared “part of the city’s bio-cultural patrimony,” noted Monica Cirinnà, a local lawmaker with the Democratic Party who created an animal rights advocacy department when the center-left governed the capital.

Rome has countless cat colonies, usually cared for by neighborhood gattare who leave plastic plates of cat nibbles in communal courtyards or on sidewalks.

Then there are more organized volunteer associations for larger colonies of feral cats, some in archaeological sites, including one at the Pyramid of Cestius, from the first century B.C., and another at Trajan’s Market, where gattare have been given a room within the ancient area. But they have official authorization.

The cat shelter does not, say the state archaeology officials, who are trying to close it two years after it made the apparently fatal mistake of applying for a permit to install a toilet. That put the shelter on the officials’ radar, and they now insist it has to go even though — with just basic equipment like cages, medical cabinets, ramshackle furniture and garbage bins — it is far better organized than the others.

The underground shelter, which cares for 150 to 180 cats at a time, is near the Area Sacra of Largo Argentina, a downtown archaeological site consisting of four Republican-era temples. Situated in a squat space created during the time of Mussolini, when a street was built over the site, the shelter sits directly above the remains of the travertine podium of what archaeologists identify as Temple D, a structure from the second century B.C.

“The cat ladies are occupying one of the most important sites in Largo Argentina, and that is incompatible with the preservation of the monument,” said the Culture Ministry archaeologist responsible for the area.

The shelter has invited corollary problems, she noted, such as the tourists’ throwing food to the cats that wander from the shelter into the adjacent archaeological area, “which makes the situation worse.” After an inspection, health officials decreed the shelter an inappropriate environment for volunteers and visiting tourists, let alone for the cats, she said.

“This isn’t about the cats,” she said, adding wearily that her computer had been inundated with angry e-mails from cat lovers. “I wouldn’t touch a cat. I live with one so I am not against cats.” But, she said, “it’s our responsibility to protect Italy’s archaeological patrimony and to apply the law.”

Discussions have been under way for two years to find another solution for the cat shelter, she said. So far they have been fruitless, and unless an alternative is found soon, the cat association will be forcibly evicted.

The cat lovers — all volunteers — bristle that they are not bothering anyone. The shelter, they say, occupies a former storage space. More important, they claim to have neutered and spayed close to 29,000 cats over the past 20 years, all paid for by an estimated 10,000 benefactors.

Without the shelter, Rome’s already overtaxed veterinary department would be forced to deal with hundreds, potentially thousands, of new strays, they argue. That public service has been tacitly acknowledged by decades of municipal administrations, which have allowed the shelter to expand and modernize over the years.

In the past, the situation may not have been approved, but it was tolerated. One hopes that the situation would return to the silence and inertia of always so that animal defenders can be left alone.

Moving the colony to a less-frequented area is not an option, the volunteers say. The association needs to be in a visible place for tourists, who come from around the world to visit and give donations. It also needs a physical space to house cages for sick cats, and to store food and other supplies.

Rome’s mayor, who is up for re-election next year, weighed in on Twitter that he and his cat, Certosino, “are on the side of the cats of Rome. Anyone who touches them will be in trouble.”

Rome’s superintendent for culture, acknowledged that the situation was delicate. “The cats of Rome are by definition as ancient as the marble capitals they lounge on,” he said. “We have to find a solution that balances the care of Rome’s historical archaeological heritage with a historical, social practice that has its own tradition.”

Then cats have their own habits.

“They don’t read bans,” he said. “They will return to Largo Argentina” whether the shelter is there or not, and gattare and tourists will continue to throw food at them. “The situation is really not so simple.”