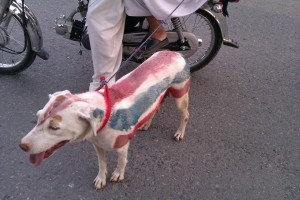 Even some supporters do not know what to make of it.

PETA, considered by many to be the highest-profile animal rights group in the country, kills an average of about 2,000 dogs and cats each year at its animal shelter here.

At a time when the major animal protection groups have moved to a “no kill” shelter model, People for the Ethical Treatment of Animals remains a holdout, confounding some and incensing others who know the organization as a vocal advocacy group that does not believe animals should be killed for food, fur coats or leather goods.

This is an organization that on Thanksgiving urges Americans not to eat turkey.

“Honestly, I don’t understand it,” says an animal rights lawyer. “PETA does lots of good for animals, but I could never support them on this.”

As recently as a decade ago, it was common practice at shelters to euthanize large numbers of dogs and cats that had not been adopted.

But the no-kill movement has grown quickly, leaving PETA behind.

“Through spay, neuter, transfer and adoption programs, we think New York City can close the gap toward becoming a ‘no-kill community’ by 2015,” said the chief executive of the American Society for the Prevention of Cruelty to Animals, one of 150 rescue groups and shelters that make up the Mayor’s Alliance for N.Y.C.’s Animals.

While there is no uniform definition of what constitutes a no-kill community, it is generally considered to be a place where at least 90 percent of dogs and cats at local shelters are put up for adoption.

In the first quarter of 2013, 84 percent of dogs and cats from New York’s rescue groups and shelters were adopted, transferred or returned to their owners, compared with 76 percent for all of 2012.

For their part, officials at PETA, which has its headquarters and only shelter here in Norfolk, say the animals it rescues are in such bad shape from mistreatment and neglect that they are often better off dead than living in misery on the streets or with abusive owners.

“It’s nice for people who’ve never worked in a shelter to have this idealistic view that every animal can be saved,” said PETA’s vice president for cruelty investigations. “They don’t see what awful physical and emotional pain these poor dogs and cats suffer.”

But lately the protester is being protested; PETA has become the No. 1 target among supporters of no-kill shelters.

There are no national figures on the number of shelter animals adopted or euthanized each year, but several states keep records, as do a few private organizations. From that data the trend is clear: adoptions are up, and euthanasia is down.

Out the Front Door, a blog that tracks no-kill communities, lists 161 that currently meet the 90 percent save rate; in 2001, there was just one, Tompkins County in upstate New York.

More than any other group, Maddie’s Fund, a foundation in the San Francisco Bay Area with a $300 million endowment, has been responsible for the spread of the no-kill movement. Started in 1999 by Cheryl and David A. Duffield, dot-com billionaires, and named after their pet miniature schnauzer, the organization has underwritten several national programs promoting the movement. They have financed shelter care medical training programs at 18 of the country’s 29 veterinary schools, the idea being that healthy animals are cheaper to house and are more likely to be adopted.

“It teaches the shelters that old and uglies are not discards,” said the director of the foundation, which spent $3 million to subsidize the 3,104 adoptions. “We’re changing the culture by showing that no-kill can work.”

PETA’s policy of killing virtually all the animals at its shelter “outdated” and “absolute idiocy.”

Since 2009, the Ad Council has worked with Maddie’s Fund and the Humane Society to donate an estimated $127 million in media services to promote shelter adoptions.

When the director of shelter medicine at the University of California, Davis, first heard about the no-kill movement 20 years ago, she agreed with PETA. She believed that no-kill was an unachievable policy, and that shelters claiming such a distinction were taking only the animals most likely to be adopted and forcing other shelters to euthanize the castoffs. “I felt in many places it wasn’t no-kill, it was kill elsewhere,” she said.

But her views have changed in recent years. 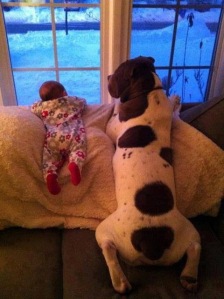 In a series of research projects on feline upper respiratory infection, she and her colleagues documented the huge impact the illness can have on shelter resources. Treatment required expensive medical care and a lengthy recovery period, reducing the animal’s chances for adoption and taking up space that could be used for other homeless cats. But by doubling the size of the cages, contagion was reduced, the rate of respiratory problems and costs went down, and adoptions increased.

She has also been impressed by shelters that have started to take stray cats that would have been euthanized and instead spayed or neutered them, vaccinated them for rabies and released them back where they were found. “If they came from an alley, they know how to live in an alley, and if they’re spayed, they’re not making new cats,” she said. “The pieces for no-kill are in place. We just need to spread the word and make sure shelters have the resources and know-how.”

Recently, Ms. Nachminovitch of PETA took this reporter and a photographer on a daylong tour through poor areas of Virginia and North Carolina, visiting several homes where dogs were living in poor conditions. At the first, three pit bulls were crowded into filthy pens behind a garage with no clean drinking water in 90-degree heat. At the next stop, a German shepherd was too timid and spiritless to come out of its doghouse for food. A dog at a third home had ears that had been partly eaten away by flies. At a few of the homes, Ms. Nachminovitch gave new doghouses to the owners.

At PETA headquarters, at the request of this reporter, Ms. Nachminovitch led the way to a cinder-block building in the back and then to a windowless room where the dogs and cats are killed. It looked like a well-maintained examination room in a doctor’s office. There was clean bedding on a countertop where the dogs and cats are placed for the intravenous shot from a certified euthanasia technician.

“It’s a humane exit from a world that’s treated them like garbage,” said Ms. Nachminovitch, a vegan who does not use animal products. “It’s sad, but in these cases, it’s the best we can hope for.”