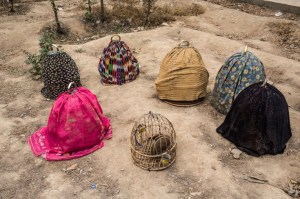 Swiss animal rights lawyer, Antoine Goetschel, recently made international news when he defended a dead pike in a case of cruelty by a local fisherman who was overheard boasting about landing the fish after a ten minute long struggle.

The basis of his argument was that fish are sentient beings and that the fisherman had caused the pike needless pain.

Islam is a religion where the sentience of all animals has been declared in the Quran. However, the expected application of such a belief is sadly amiss in the Pakistani society.

In fact, many of the most vocal advocates for animal rights in the history of Pakistan have been non-Muslim. 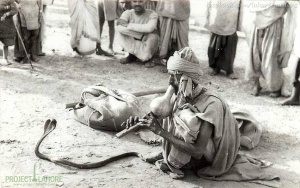 After Partition in 1947, India revised the law and enacted a new Act, namely the Prevention of Cruelty to Animals Act 1960. An Animals Welfare Board was established under the new Act, with the function to advise the government on any amendments required to the laws, and to stop the killing of stray dogs and enforce the Animal Birth Control program throughout India. This has institutionalized the entire animal welfare movement by strengthening existing laws and ensuring they are implemented. The Board also requires the setting up of SPCAs in each district with an attached hospital on land given by the local administration.

In Pakistan, the 1890 Act unfortunately remains the same and few amendments have been carried out in it. The rules under it have yet to be introduced.

In Karachi, up to the eighties, the SPCA had a functional animal shelter with a capacity of 150 animals. Lady Constantine, a Swiss resident ofKarachi, was the society’s president at the time. She had limited funds and manpower, but was untiring in her efforts to work for the cause of animal welfare. Unfortunately, her death in the early nineties spelt a break in this century-old tradition of service to animals in the city. Soon after Lady Constantine’s death, the SPCA shelter land was taken away by the government and the special animal court at the Sindh High Court wound up. At present, there is a shelter that is functioning on the Karachi –Hyderabad Highway under the supervision of Edhi Foundation. This shelter is home to several cats, dogs, donkeys, crows and kites.

Punjab is the only province in Pakistan where the SPCA is still active. The city of Lahore has an office and shelter for the society’s work on the premises of the University of Veterinary and Animal Sciences.

In such an absence of institutionalized support, the efforts of some individuals and organizations that are working towards the betterment of animals, is nothing short of heroic. 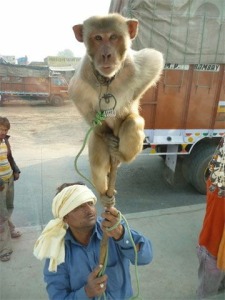 The Brooke Hospital for Animals is an international equine welfare organization whose motto is ‘healthy working animals for the world’s poorest communities’. The Brooke was established in Pakistan in 1991, and has centers in 12 districts across Pakistan. They have managed to turn entire communities around in their attitudes towards their beasts of burden, empowering both man and beast in the process. In 2009, for example, Brooke helped 280,000 working horses, donkeys and mules. It is also estimated that the work of this single organization supports the livelihoods of approximately 1.5 million people in 250 poor communities in Pakistan.

For more than 10 years, the World Society for the Protection of Animals (WSPA) and its member society, the Bioresource Research Centre, Pakistan (BRC), led by dedicated campaigner Dr Fakhari Abbas, has worked tirelessly to put an end to the cruel practice of bear baiting. In 2007 alone, BRC persuaded over a 1000 mosques in high-prevalence areas to preach against bear baiting. Over time, bear baiting incidences have seen a sharp decline. BRC also had a bear sanctuary in Kund (near Peshawar) that housed rescued bears. It was flooded in 2010 and all, except two bears, died. It has since been moved to Chakwal.

U.S.-based veterinarian, Dr I.H. Kathio, regularly contributes his expertise to the training of future veterinarians in colleges across the country. He also supports several veterinary clinics by donating medical literature and equipment, and is available to vets for consultation on complicated cases.

Urging the public’s moral conscience to consider the poor state of animal welfare, there are voices in the media which keep animals in the news. Three names, in particular, deserve mention for highlighting the cause of animals in the print media.

The Pakistan Animal Welfare Society (PAWS), was founded in 2004 in response to the poisoning and shooting of stray dogs in Karachi. It has had a modest start and at present is run entirely by volunteers. 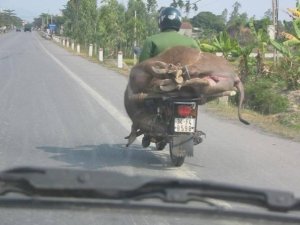 In early 2000, the Pakistan Medical Association (PMA) and a U.S. based organization, Engineers and Scientists for Animal Rights in collaboration with the Pakistan Arts Council, held an exhibit of drawings by 6 to 8 year old children expressing their concern for animals. The drawings were compelling, especially considering that the children had never been exposed to any animal rights literature or website before.

Dr. Jerry Valask, a renowned U.S. Surgeon, also visited and spoke at the PMA House against the use of animals in medical research, and Pakistani media Geo TV and South Asia magazine were recognized at the Humane Society of the United States’ prestigious Genesis Awards  in Beverley Hills.