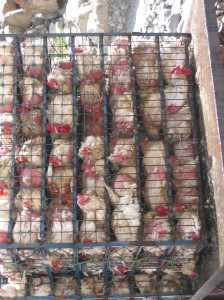 Across Pakistan, we can see dogs with gaping head wounds inflicted by people who consider it normal behavior to stone feral canines.

Donkeys and other beasts of burden are beaten mercilessly, and even pet animals are sometimes subjected to the harshest of treatment.

But the savagery doesn’t end there.

Zoos are supposed to be a refuge for animals, especially those on the list of threatened or endangered species. The modern concept of a zoo envisages an environment where animals whose numbers are dwindling in the wild are protected, and perhaps bred, in surroundings that resemble their natural habitats. Instead, what we get in Pakistan is the imprisonment of animals in conditions that are cruel and degrading.

There is simply no justification for these woebegone institutions when the authorities concerned cannot even address the pitiful conditions prevailing at the city’s main zoological garden. Many animals in these zoos tend to be malnourished and diseased, and are mistreated by staff and visitors alike. 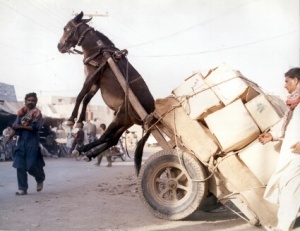 Zoo animals die in mysterious circumstances in the absence of adequate care by staff and prompt treatment by qualified veterinarians. A shortage of funds may be a factor but throwing money at a problem rarely produces results in Pakistan. This tragic state of affairs is the result of human callousness and nothing will change until attitudes do.

Animals ought to be a source of awe, not amusement, and they should not be seen as a source of revenue either. If zoos worth the name cannot be maintained in this country, they should be done away with altogether.

It is true that even the humans, particularly the poor, are not treated in a civilized way in Pakistan. However, there is no reason that we wait till all the humans are treated in a humane fashion, before starting on a venture with the animals. 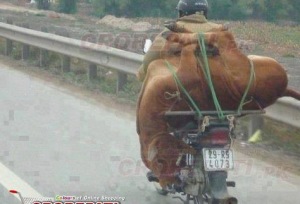 There are not many worse insults for a human than to be called an animal, but the hard line advocating a separation of people from animals must be broken. Many of the attributes that we associate with animals, and thus look down upon, ironically are present in a more acute form amongst us: for example, humans have more hair follicles than even the chimpanzees, except that our fur grows in an “extravagant topknot” on our heads. We also have more sweat glands than any other animal on earth–we can sweat almost a gallon an hour. We do not think of ourselves as poisonous, but our mouths are as full of noxious, infectious bacteria as many other animals, and a human bite can be seriously toxic.

Animals make us human, and they make us happier. All animals and people have the same core emotion systems in the brain, and we still fight out the similarities on a daily basis by proving our superiority through cruelty to animals. Isn’t it about time that we try to change all of this by accepting animals as one of our species, and treat them in a civilized manner?

One thought on “Cruelty Towards Animals is Common in Pakistan”