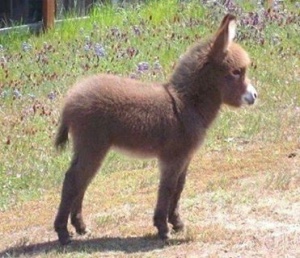 Many Muslims appear to have a callous attitude where dealing with animals is concerned giving the impression that maybe their religion has no consideration for animals.

However, when we examine the Quran and hadith, we are pleasantly surprised to find that the opposite is true. Islam indeed places much importance on animals and on providing for them in a caring manner. There are five surahs whose titles are based on the names of animals.

Besides, the mention of animals is found throughout the Quran. In Surah Al-Anaam it is said, “There is no animal walking on the earth nor a bird flying on its two wings, except that they are (part of) communities like you” (6: 38). God, in His infinite wisdom, has organised even the most humble of creatures, like birds, bees and ants into communities so that they can work, communicate and survive according to strict ethical and organisational rules, without any deviation. All the creatures in the world, including the animals, glorify their Lord and “sing His praises” (17: 44).

The living sing with their tongues, while the non-living with the tacit acquiescence of their condition. Prophet Nuh was asked to build a large boat under divine instructions: “Construct a boat under Our supervision and by Our inspiration, and do not address Me about those who are evil. They are sure to be drowned” (11: 38). The ones to be saved from the flood were the believers as well as a pair each of every species of animals: “… We said, ‘Load aboard (animals), of every pair two, and of your household, leaving out those for whom the final verdict has already been passed. And (load) those who have come to believe” (11: 40). The fact that the command to save the animals came before the command to save the believers, points to the importance of the animals that were on the verge of becoming endangered species at that point in time.

The Quran relates the story of the Thamud, Prophet Salih’s nation to whom he had been sent to reform their ways, to call them towards the One God and to supervise the equitable distribution of their means of subsistence. He reached an agreement with the nine leaders who had control over the sources of water, which the people and the she-camel (that was sent as a sign, or miracle, from God), would take turns to consume. They were also asked to share the pastures.

“Indeed, there has come to you a miracle from your Lord, this is God’s she-camel, a clear sign. Let her graze freely in God’s earth. Do not touch her with bad intentions, or you will get caught in painful retribution” (6: 73) But they broke their promise and killed her (7: 77-78). Since the whole nation had colluded in this, the whole nation was destroyed. The immediate cause of their destruction was that they had harmed the she-camel.

Prophet Muhammad is reported to have said that if the smallest of birds is killed without its right and thrown away, this act will be questioned as a crime. He explained that its right was that it should be slaughtered only in case of the need for food and not killed and thrown away unnecessarily (Mishkat). The hunting of animals simply for the pleasure derived from a sharp-shooting spree is not considered lawful.

The Prophet also instructed that the knife for slaughter should be sharp so that the animal is not given more pain. Once the Prophet saw that during a camp, somebody lighted a fire near an ant-hill. He at once asked for it to be put out. Once somebody caught two little baby birds whose mother started to circle above them with cries of pain. When the Prophet saw this, he asked the person to set them free (Bukhari). 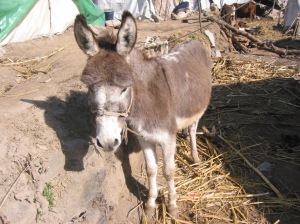 The Prophet once related the story of the person who specially went down a well in order to quench the thirst of a dog. He said that treating any and every living creature with kindness is a case for reward (Bukhari). The Prophet forbade the hitting of animals on their faces and branding them. He forbade sports based on animal fights (Abu Dawud).

The Prophet instructed his followers to let the animals take advantage of the greenery on the way when travelling, but to make them move fast and shorten their trip in dry weather, to shorten their agony (Muslim). According to the teachings of the Prophet, animals should not be harmed but treated with kindness. During the pilgrimage, once a pilgrim makes the intention for umrah or Haj and puts on the ihram, the pilgrim enters a state of consecration, in which certain lawful things also become unlawful (5: 97). One of these is the killing of animals, no matter how small. It is forbidden in the area of the sanctuary (5:95-97), which is about 50,000 square kilometres around the Kaaba in Makkah.

The slaughter of animals is allowed only for food, after the permission of God has been taken, by slaughtering the animal in the name of God, in the prescribed manner. In Surah Al-Jathiya, the Quran mentions some of the great signs of nature: “Indeed, in the heavens and the earth are signs for the true believers. And in your creation and in the spreading of the animals are signs for those who possess firm faith” (45: 4). The importance of the creation of human beings is equated with the importance of the creation of animals. Thus, belief in the importance of animals and treating them with kindness are signs of firm faith